Jump to Recipe
The winter months are perfect for this Warming and Comforting Cheddar Corn Chowder Recipe that can be thrown together with very little prep. When I mean little prep I mean opening up some frozen vegetable bags but the result is an amazing comforting soup recipe that the whole family will love. Of course this is a Barefoot Contessa Recipe that I adapted slightly to create a more hearty one bowl meal for a busy weeknight dinner. With the addition of some Cooked chicken, I guess we should rename it Chicken and Cheddar Corn Chowder Recipe. 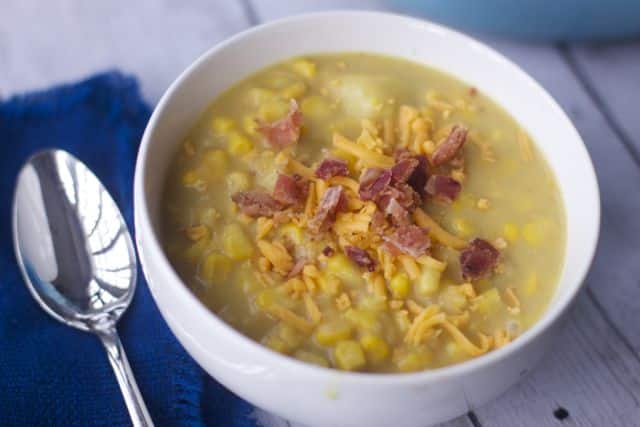 We are all busy and taking short cuts to get a hearty meal on the table can be essential. When I was looking for frozen corn, I found frozen chopped up Onion. I have never used it before but because the recipe called for 3 cups of onion this sounded very appealing, plus it was only 1.25 for the bag-well worth my time and tears! Great tip even to do at home if you are in the mood to chop up a lot of onions and freeze them for future stews and sauces. 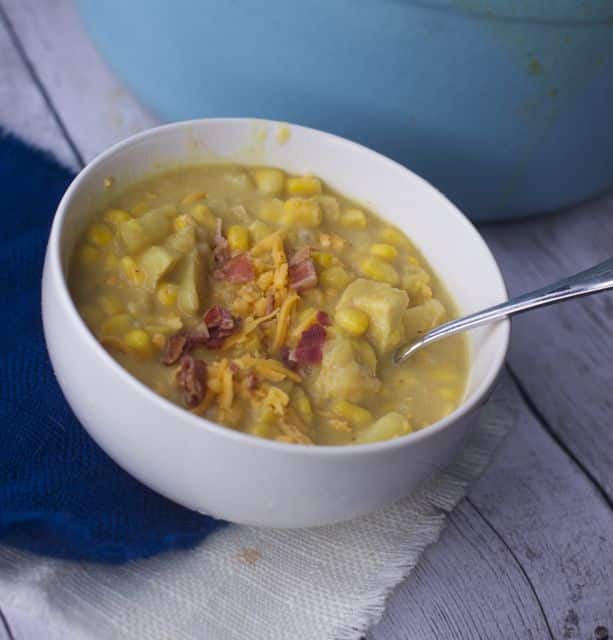 This recipe as it yields 5-6 servings and can be easily doubled. My kids love bacon so I made one half of a pound which they gobbled up before the soup was even made. Despite me hiding it in the microwave. The original recipe included half and half but I think the consistency of this chowder recipe was just right before I would have added the half and half. I saved fat and calories by not using it and it was not missed. 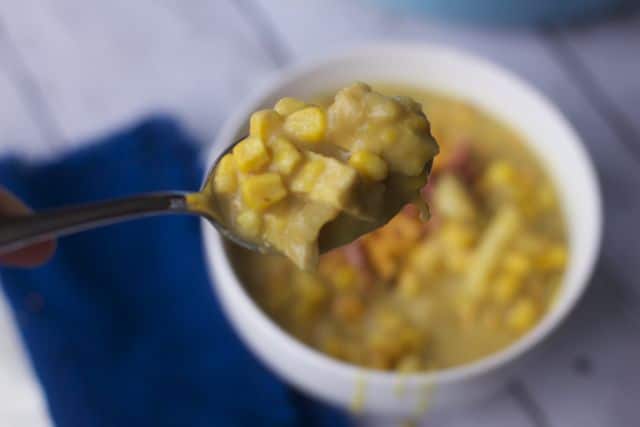 The result was a creamy and filling chowder that was a hit and my 13 year old asked for it for his next birthday dinner. Since I added the chicken to the corn chowder recipe, it was a complete meal. 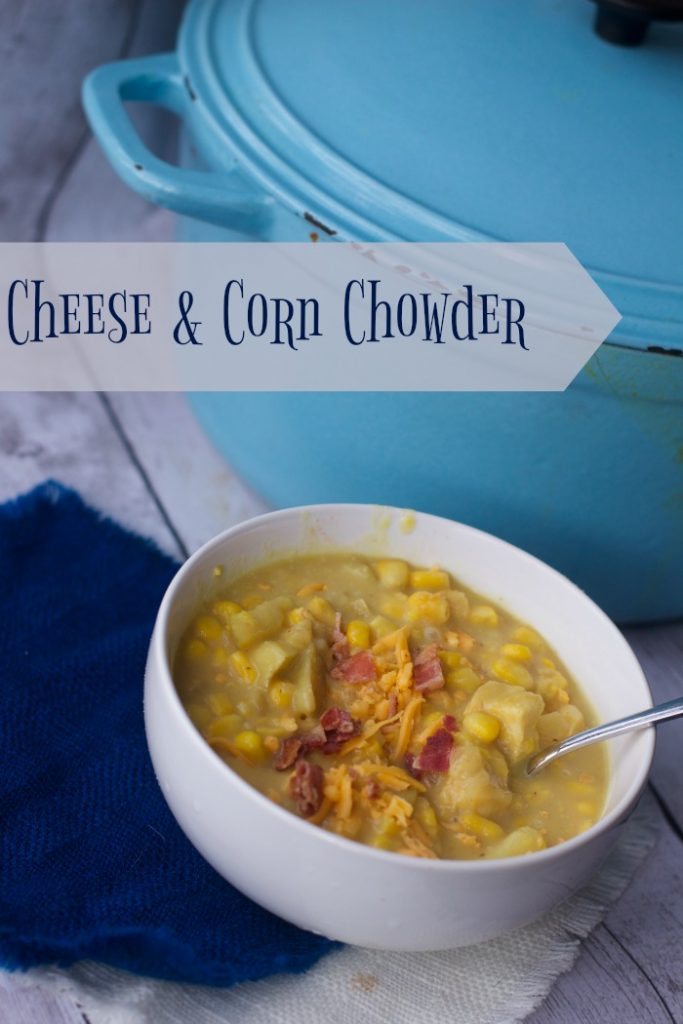 For a simple side, I purchased the pre made frozen rolls and simply spread a little butter and dusted them with Parmesan cheese before baking. Thanks Ina for another great recipe that I will do again for both my family or casual get together.

Would your kids like this Cheddar Corn Chowder recipe?