How to Doctor up a Frozen Pumpkin Pie

This shop about how to doctor up a Frozen Pumpkin Pie has been compensated by #CollectiveBias, Inc. and its advertiser. All opinions are mine alone.

If you ever host a dinner party, especially Thanksgiving dinner, by the time you get to making dessert you are exhausted. However, you would be mortified to just serve a frozen or store-bought pie.

Well I think I have the solution, that I promise I won’t tell any one of how to make that frozen pie look homemade. I am the queen of semi-homemade recipes when it comes to desserts. 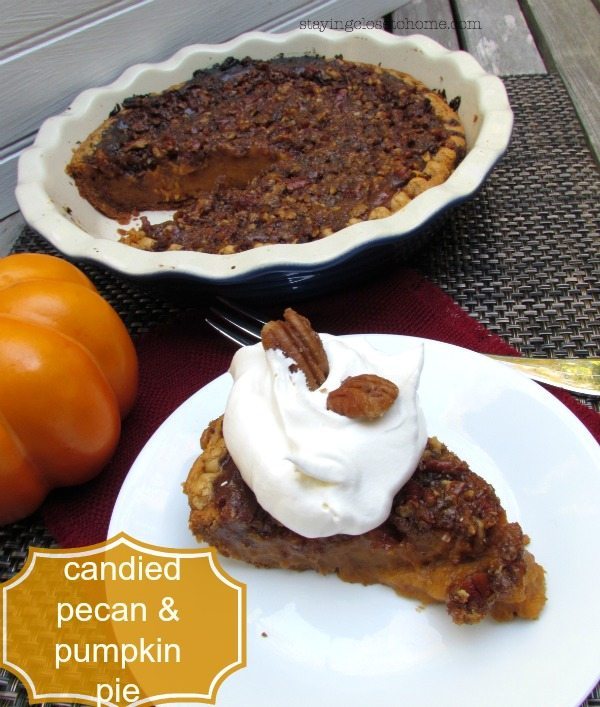 How to Doctor up a store bought Pumpkin Pie

I needed a dessert this past weekend and decided to start experimenting for Thanksgiving dinner and saw the  Mrs. Smith Frozen pies at Walmart. Just my luck they were located right next to Cool Whip which is another time saver at dessert time. 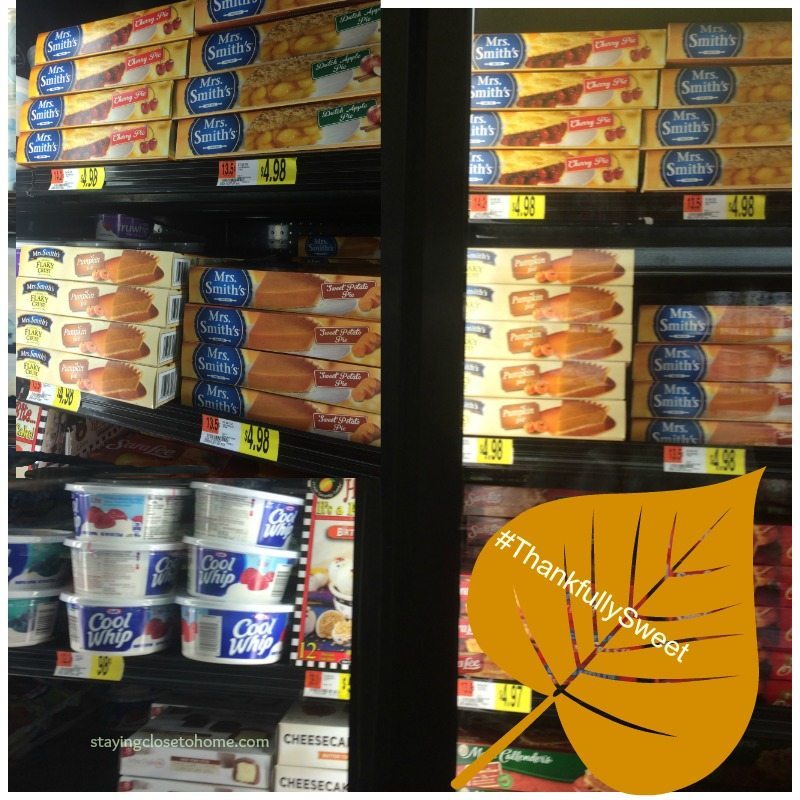 HOW TO TOP A FROZEN PUMPKIN PIE

I grabbed a bag of pecans because pumpkin and pecan are some of my favorite pies. 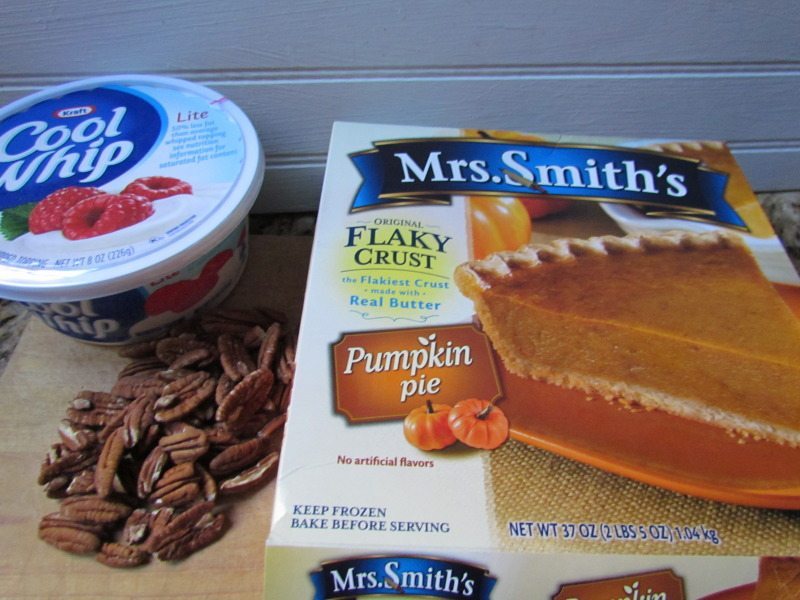 TRANSFER A FROZEN PIE TO A CERAMIC PIE TO LOOK HOMEMADE

So my first trick which is done easily with a frozen pie like Mrs. Smith is to remove the pie for the tin it comes in and place the pie into one of your pie dishes. (My ceramic pie plate did result in longer baking time) 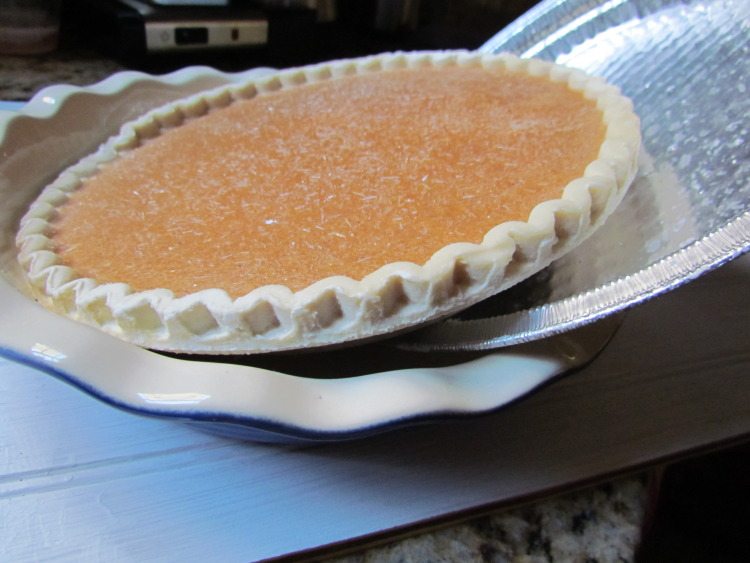 Secondly, changing the look of a frozen pumpkin pie dresses it up and looks more homemade.

THIS ONLY WORKS FOR PIES THAT NEED TO BE BAKED

This is where I came up with the candied pecan pie with bourbon cool whip idea. Trust me this pie will look like you slaved in the kitchen for hours.

Start off by baking the pie per the directions, but setting the timer 20 minutes less than the required baking time.

While the pie is baking you can make the candied pecans for the topping and for a garnish. 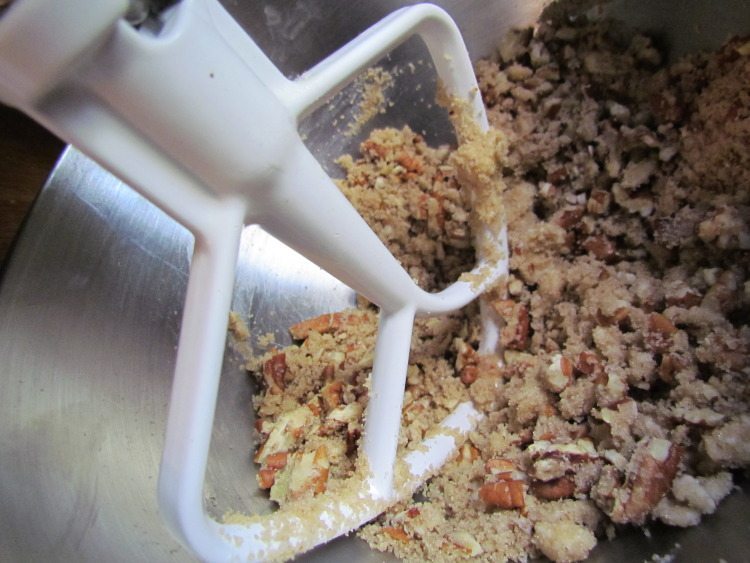 First mix the topping ingredients together in an electric mixer until you get coarse crumbs. 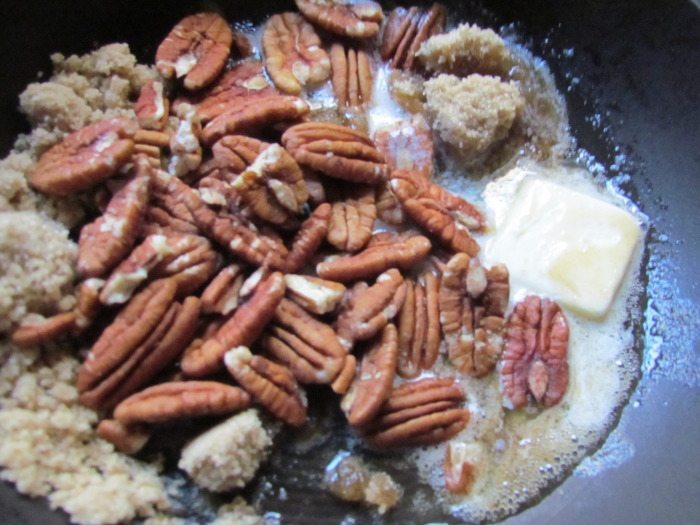 Using pecan halves make some candied pecans which make a great garnish and are delicious in salads too, so make extra. 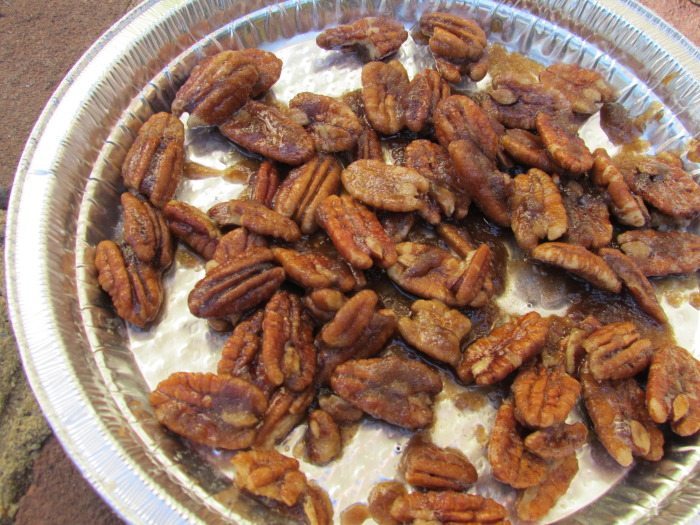 When the timer for the pie goes off, (about 20 minutes less than cooking time ) cover the top of the pumpkin pie with the pecan crumble. Return to oven and cook for an additional 20 minutes or until the pie is cooked.

WHAT IF MY NUT PIE TOPPING IS GETTING TOO DARK

IF the pecans are getting too dark cover them with tin foil. 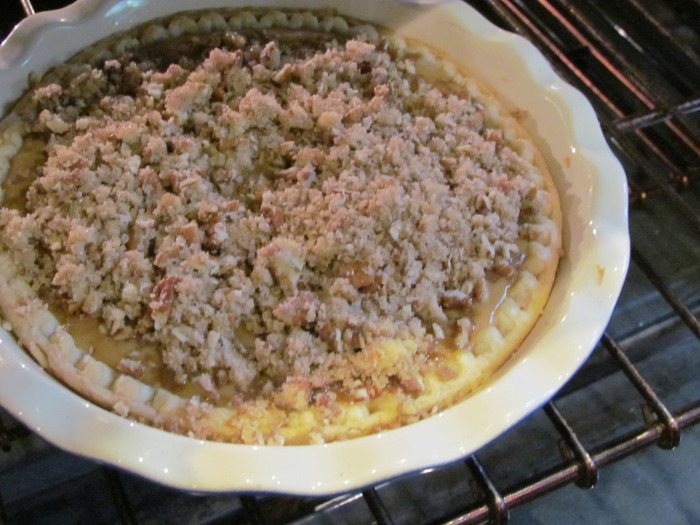 CAN I SERVE A FROZEN PIE RIGHT AWAY?

Allow the pie to cool for 2 hours before attempting to slice. 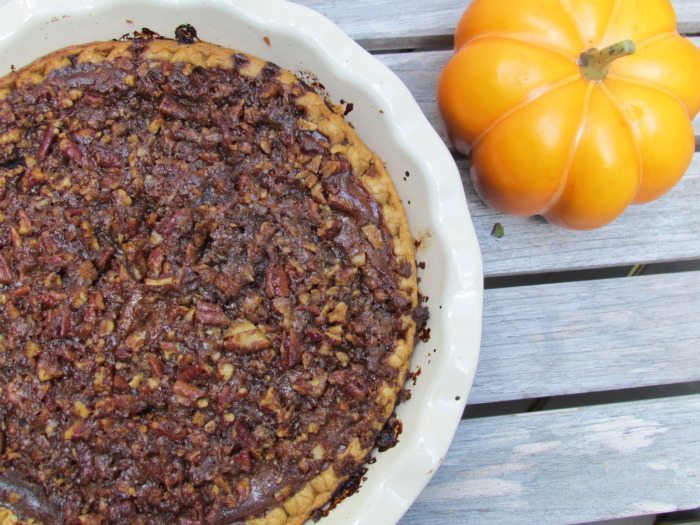 HOW TO DOCTOR UP COOL WHIP

Mix 1 tablespoon of bourbon into your Cool Whip for extra flavor.

If you prefer not to use alcohol I did see Vanilla  flavored Cool Whip at Walmart. 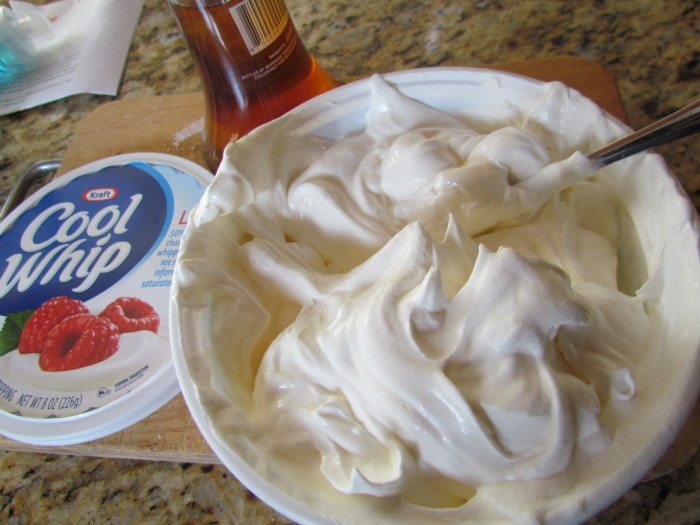 Serve each slice with a generous dollop of Cool Whip and a few candied pecan halves. 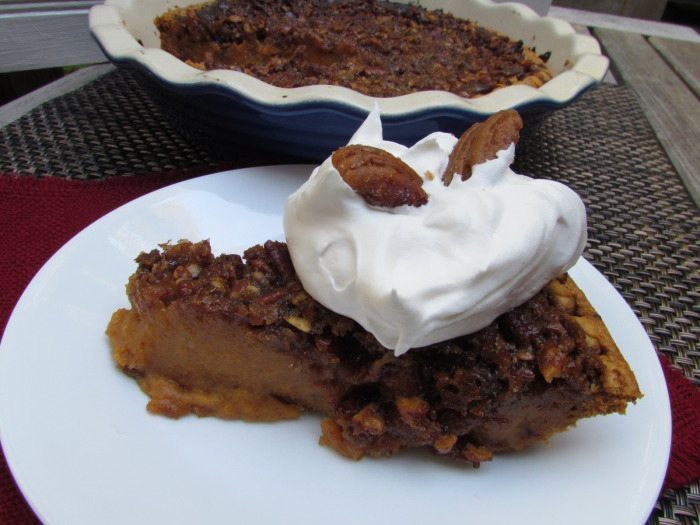 Don’t like nuts but still  want ideas on how to doctor up a Frozen Pie, check out the Cooking Up Good website. They have recipes, sweepstakes, loyalty programs, coupons and more! What’s not to love? If you’re looking for a new dinner idea or a chance to win some awesome prizes, be sure to check it out and remember to be #ThankfullySweet!

What are your semi-homemade tricks?