It is a great time to make this recipe, as the farm stands are still full of the veggies needed for this recipe. If you are lucky, maybe your own garden might be overflowing with tomatoes and veggies ready for a quick but romantic Gazpacho Soup Recipe with Shrimp. As I said,  this is no plain gazpacho, it has shrimp to make a complete course. Well, more like a heavy appetizer for bigger eaters like us. Gazpacho soup would be a perfect lunch to serve some ladies as you can make it ahead and tastes better after you let it sit. 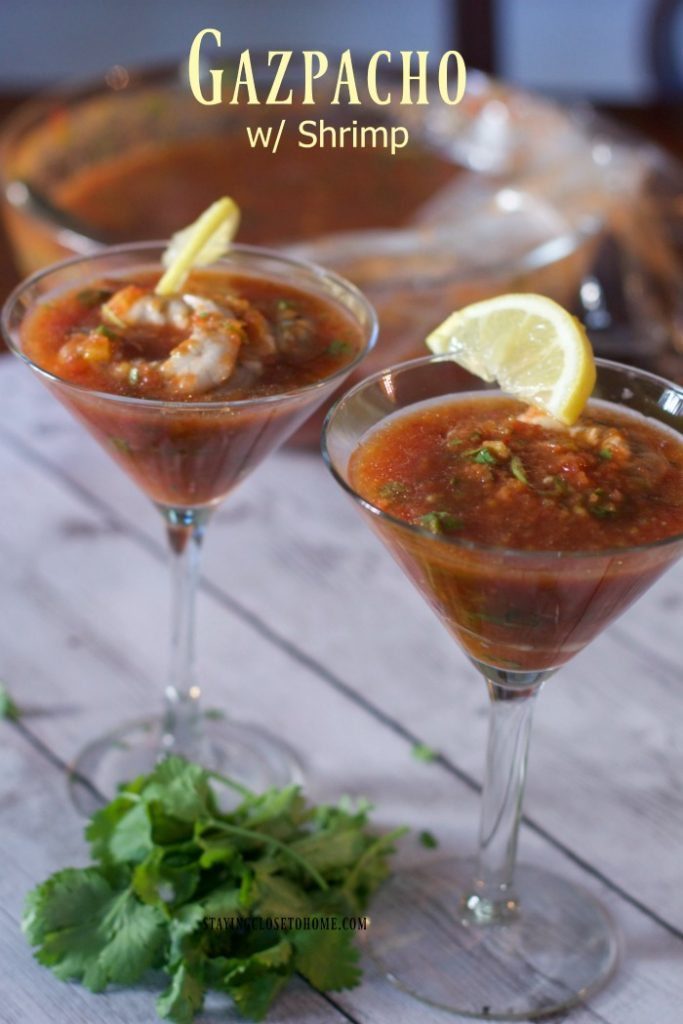 This recipe I originally made for my anniversary dinner a few years ago and decided to remake it. My husband wanted to make a shrimp side dish for a fish entree dinner, and I wanted gazpacho appetizer. I think this was a win-win recipe. It was like having a pumped up shrimp cocktail with the added bonus of all the veggies. 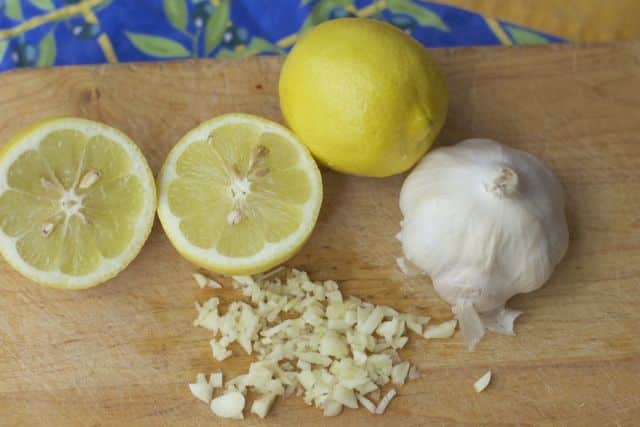 To seed the plum tomatoes simply scoop them out with a spoon. 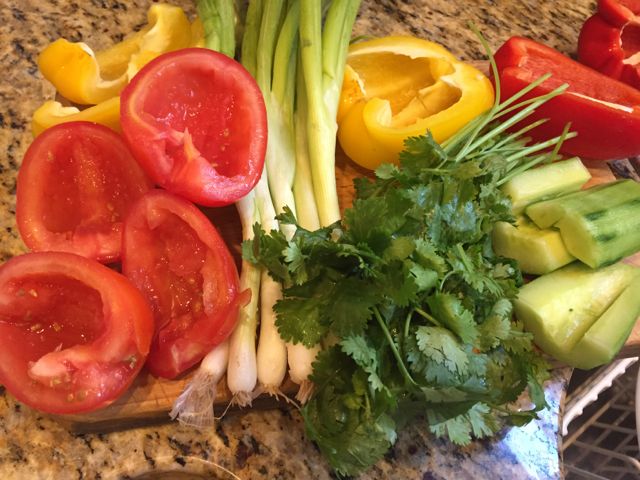 Just look at all the wonderful colors in this recipe. 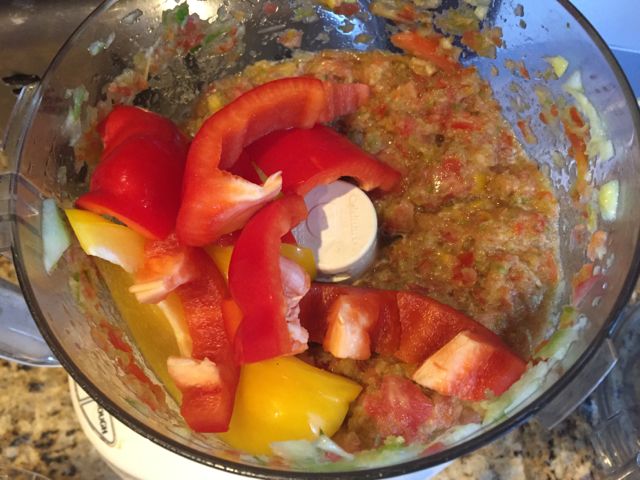 I did all the prep in my food processor, saves a lot of time!! Some people think it is too grainy but I don’t mind. 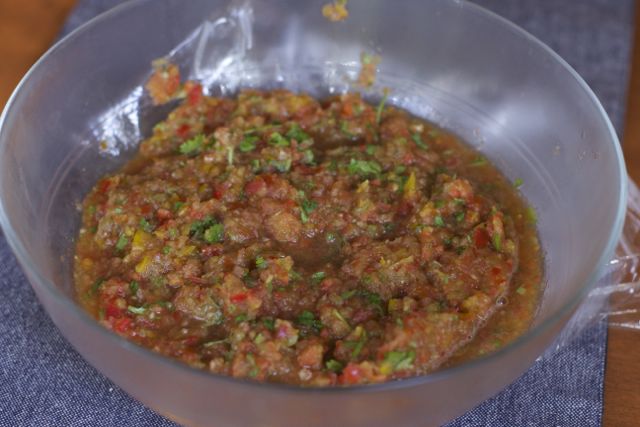 The shrimp is prepared in an acidic base and it has to sit for a couple hours to get fully cooked. 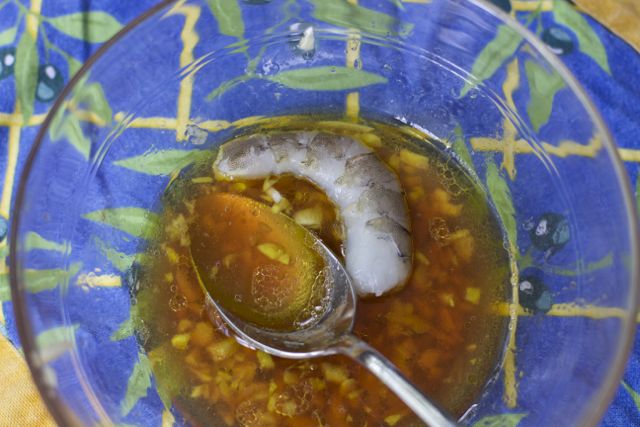 Also, the recipe says to make it only 6 hrs in advance, I made the soup the night before and the shrimp earlier in the day, I kept them separate until I was just ready to serve. 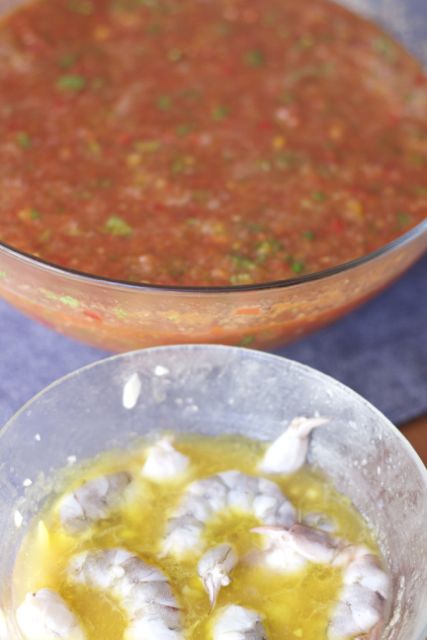 When I served it for our anniversary, I decided To dress it up for the special occasion. Instead of a traditional bowl, serve your gazpacho in Martini glasses. 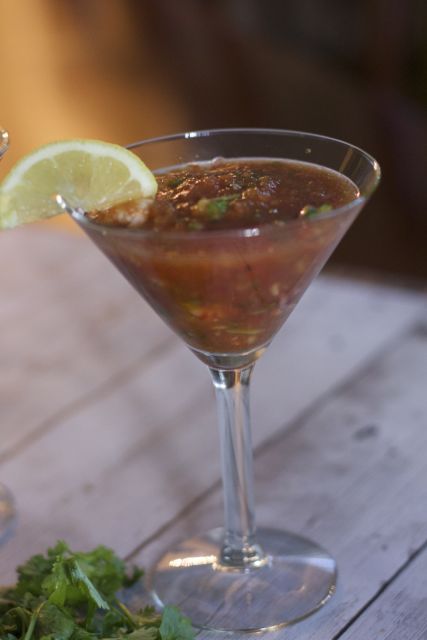 Don’t you think that is a fun look and so romantic for a special occasion. 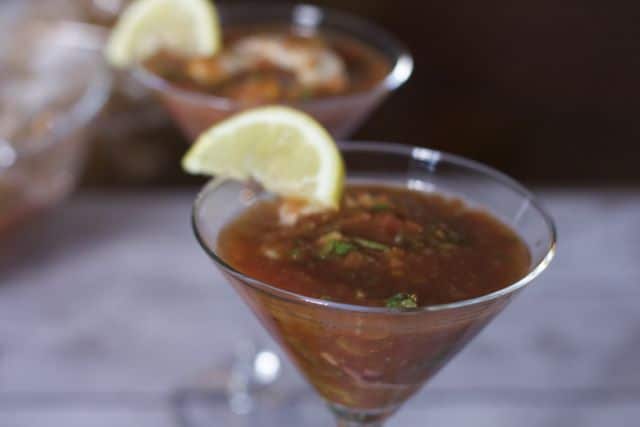 Be sure to add a lemon slice as an extra touch and flavor component. 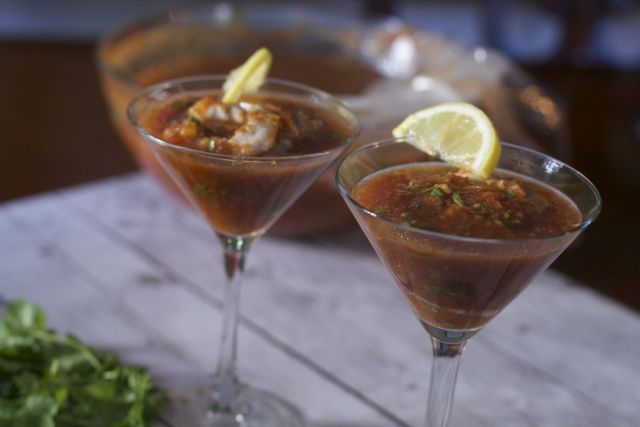 Gazpacho Soup with Shrimp is a cold vegetable soup

5
Amount Per Serving Calories 134Cholesterol 95mgSodium 315mgCarbohydrates 12gFiber 2gSugar 9gProtein 10g
I also have a friend who likes using up those green tomatoes in the garden and making a green gazpacho recipe.

What veggies to you put in your Gazpacho soup recipes?