My youngest turned 3 this past week and he wanted a Thomas The Tank Engine train birthday party. With three childrenI have realized I have hosted over 14 birthday parties and this is the first to be documented.
While organizing my thoughts for this blog entry I realized I try to follow a simple outline when organizing birthday parties.
Hopefully they feel as successful to the attendees as they do to me afterwards. I hope you will use some of these Train Birthday Party Ideas for your next birthday party 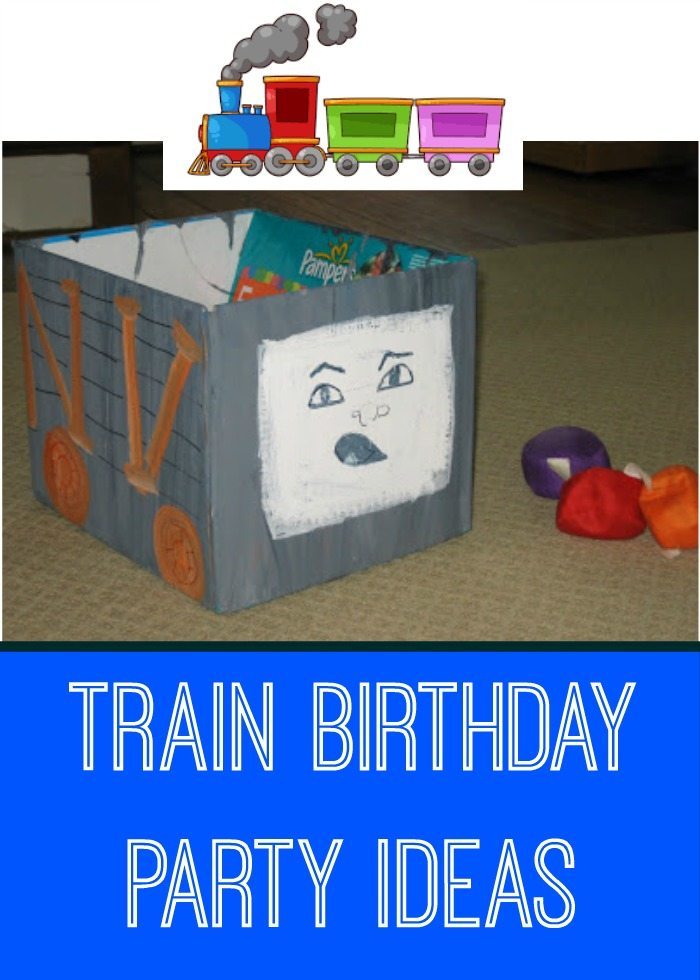 How to throw a Thomas The Tank Train Birthday Party 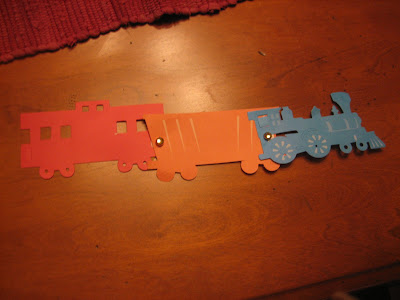 Usually something simple and made at home on the computer. You can get very personalized and unique to the party theme. I have used store bought before too! After I connected these dollar store cut outs with brads, I wrote details on front and then folded them into an envelope.

After allowing some free play while the kids get here, I like to have a few stations set up for the children. Here are some examples I used this weekend.
a) A cookie decorating station 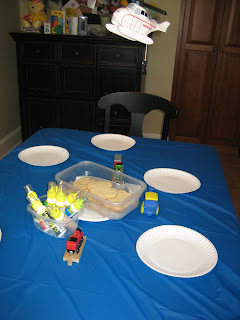 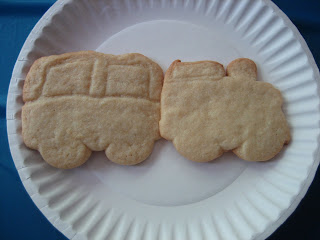 b) A game to play individually or small group
Almost any larger box can be transformed to a party decoration or game.
Throw the coal into the engine was created out of a diaper box. 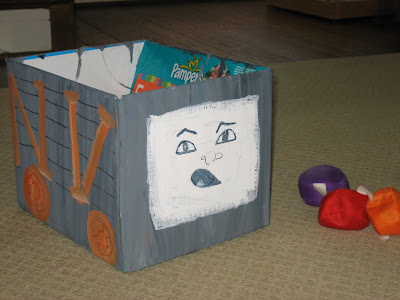 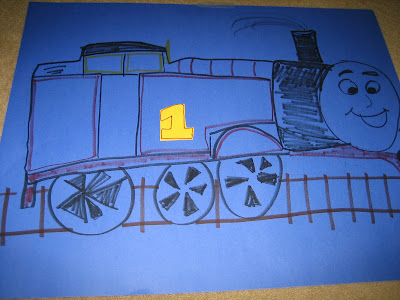 a)Poster board and construction paper can be used with almost any themed party to create a themed version of Pin the Tail on the Donkey.
Pin the number on the train. I like to add the child’s name to the item they will be pinning so there is no argument over placement. Two and three year olds were just applauded for getting it on the poster board.
b) Pinatas- They were a little young but who doesn’t like the idea of hitting something and getting candy as a surprise.  You can buy a Train Piñata Here. 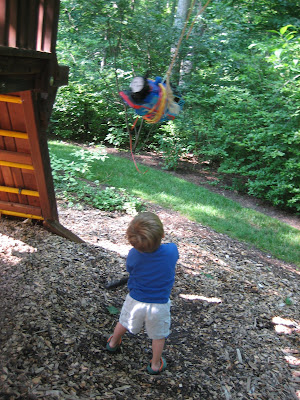 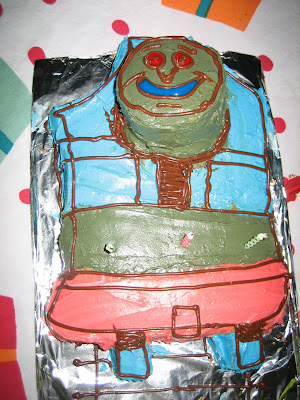 Usually homemade but Costco and Sams Club make delicious ones for large groups. Cupcakes are always a hit as well and easy for the kids to eat without utensils. Had trouble making grey frosting so Thomas looks a little “cross” 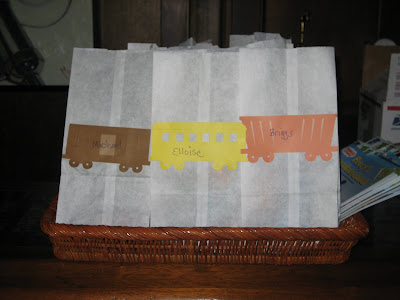 Continue the theme on simple lunch bags. They come in multiple colors and as the kids get older they can help decorate them for their friends or that could even be your craft. The last two birthday parties for my little guy I have given a paperback book along with a few “trinkets” as that is a longer lasting gift. 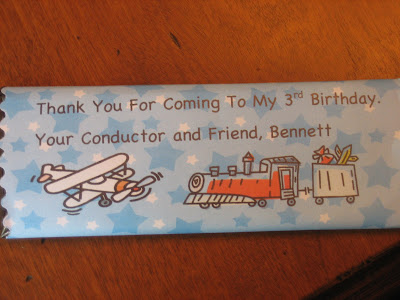 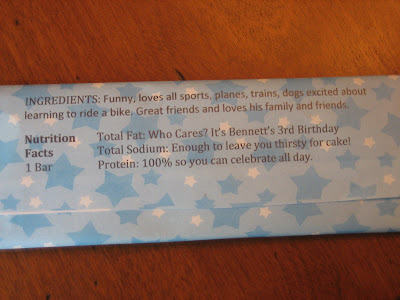 Here are some personalized candy bar covers I made for my brother-in-laws 40Th party.  Use a similar template for the birthday party candy bars. 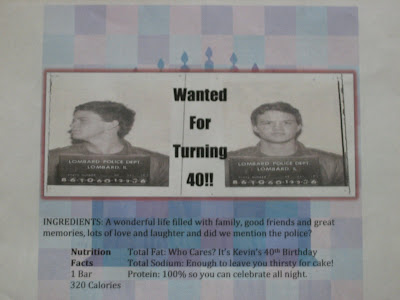