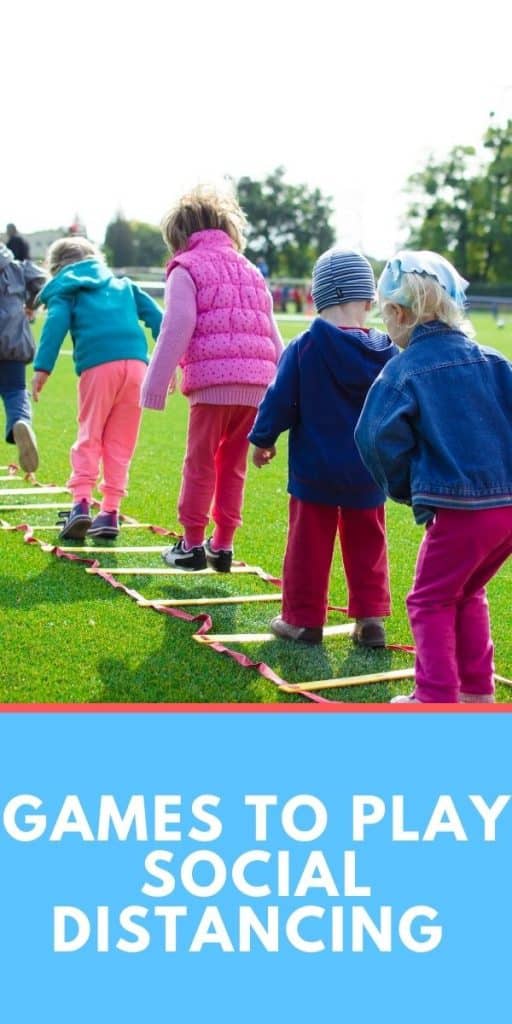 As I head back to teach in a school, we need to come up with creative Games to Play while maintaining social distancing.  Many traditional games you are used to doing with students no longer work.   Here are some games to play both in the classroom and outside to get the wiggles out of your kids

Line Bingo is a great alternative to traditional bingo and this game can be easily played while social distancing.

To play this game, each student would need a set of word cards. You can make your own or have the kids make them based on a list of words you provide them.

Give one set of cards to each student and ask them to arrange them in a horizontal line in any order they want. Then, the game can begin.

Next, the teacher would call out another card and the students would again check if they can turn it over or not.

The first student to turn over all their cards is the winner.

This classic classroom game can be easily adapted so students can play while social distancing.

Ask one student to come to the front of the class and stand / sit at a safe distance from other students. Then on the TV / Board behind the student show the rest of the class a word.

Next, the students should try to describe the word on the TV / board without saying the word, and the student at the front of the class should guess what it is.

First person says a word, then each person in circle/ classroom has to think of a rhyming word.  If you cant you do three jumping jacks.  Then start over with a new word/ leader

NAME AND MOTION (good for first week of school