Well the day finally came to host the Zatarain’s Mardi Gras  HouseParty.  I had already made the Decorations, attempted a King Cake, and delivered masks to the guests to decorate for a friendly competition.

I adorned my vases with extra masks and beads to add extra flair. 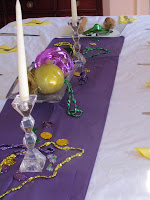 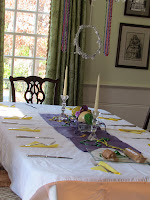 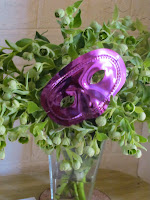 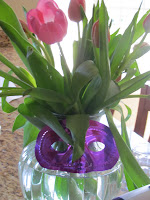 I set my IPhone on Pandora and streamed a Zydeco station through our system. Really set the mood.

Instead of investing in hurricane glasses, I researched some traditional New Orleans drinks. We served Pimms Cups, basically a favorite from London Pimms and lemonade, and mint juleps. I had found some beers made in Louisiana at World Market. Also served wine at dinner. 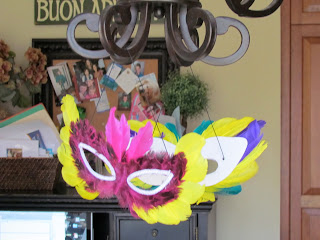 Because the box was rather sparse with ingredients to feed the recommended 14 guests, I asked people to bring some of their favorite New Orleans dishes. Lucky for us we had fried oysters and  an amazing hot jalapeno cheese dip for appetizers. Some folks added that dip to the oysters for a truly decadent appetizer.

For the main course, I made the jambalaya recipe that was sent to me but added some chicken. I doubled the recipe to feed 10 adults.
It came out tasty, and tender so easy. 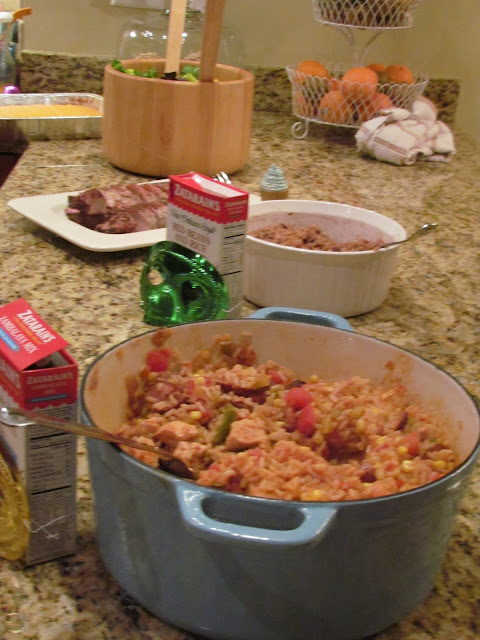 Prepared the Red Beans and Rice per the package directions for the microwave. Someone complained they were too sticky.

I made shrimp ettuofee from a recipe I found from Family Fun of all places. That was the biggest hit from the dinner menu.
Also had a salad, with a sweet vinaigrette , and cornbread.
For the birthday boy, I made the king cake cupcakes  or rather root beer float cupcakes with the root beer extract provided. I also found some fun colored meringues in carnival colors for World Market. 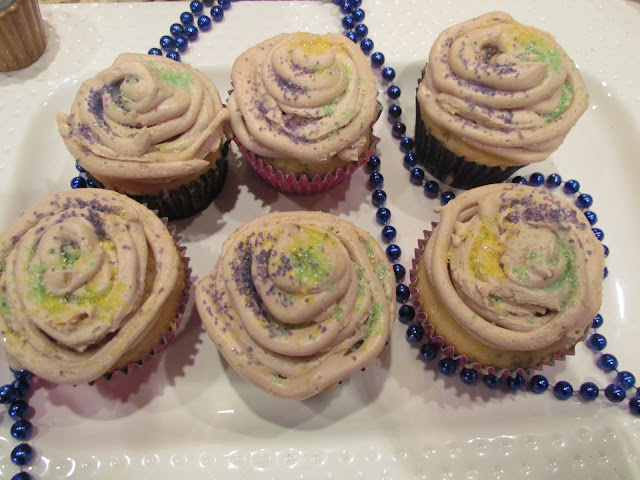 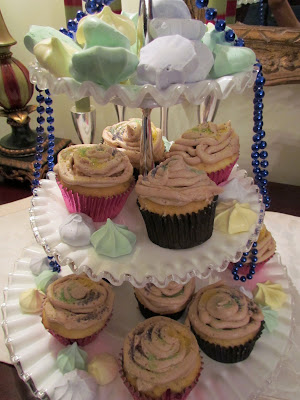 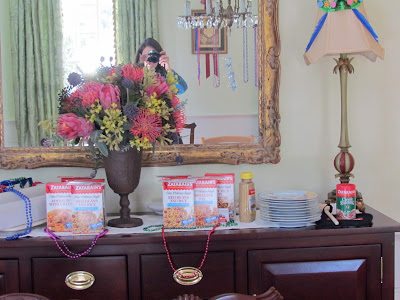 Each guest left the party with their own box of Zatarain’s Rice Mix. I used the coupons given to me to use as party favors and per the suggestion of the Houseparty conversations, went to Kroger and purchased them instead. Only 50 cents a box!! Most of the guests were already familiar with the product.

Here are the masks of some of the guests…not all participated in this part.
Who do you think won?? 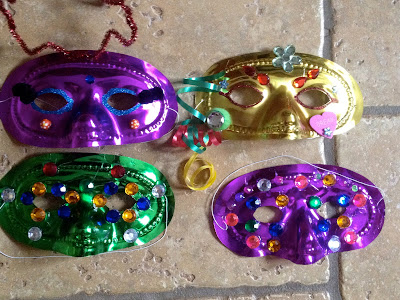 Overall I think the guests had a wonderful time and were very festive. It’s not too late to create a fun and easy Mardi Gras party
[shopeat_button]