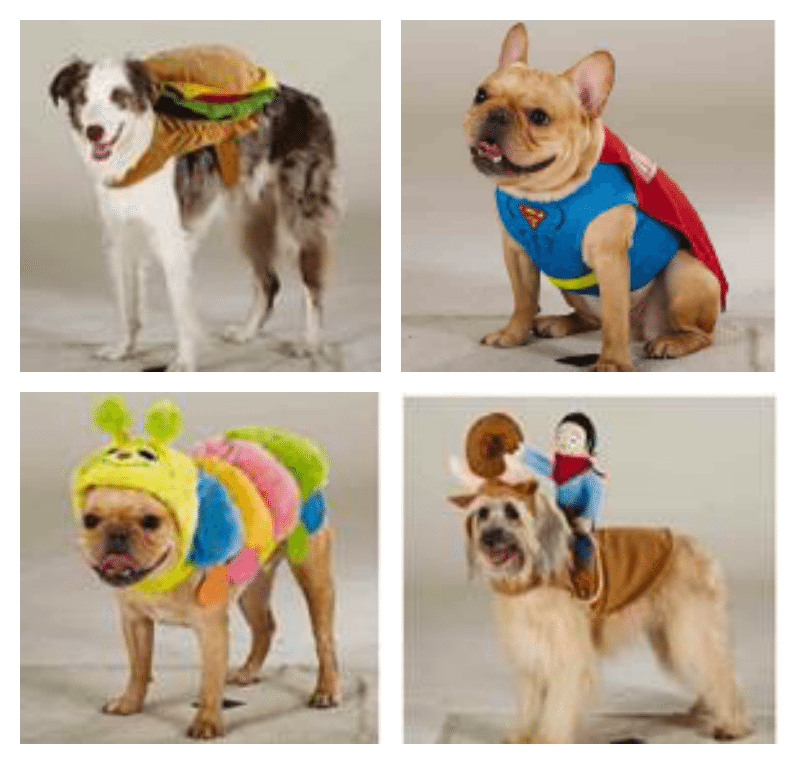 Chloe is such a trooper and although dressing up your pet day is not her favorite I thought we could add a funny animal caption on some of these pet photos and send them out as Halloween Cards. 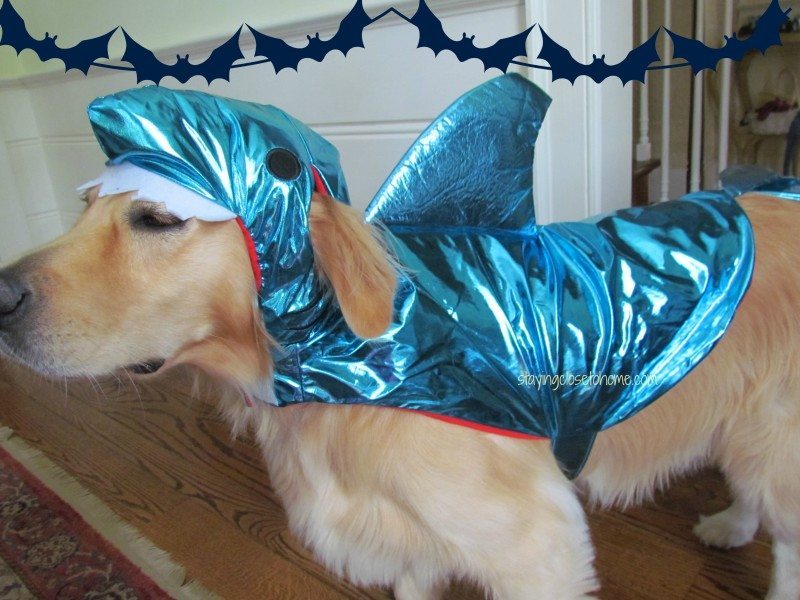 This year we thought we would try out the Top Paw Shark Costume available at PetSmart. This one fits over her torso with velcro and then again around her neck. Then there is a hoodie with ear holes. 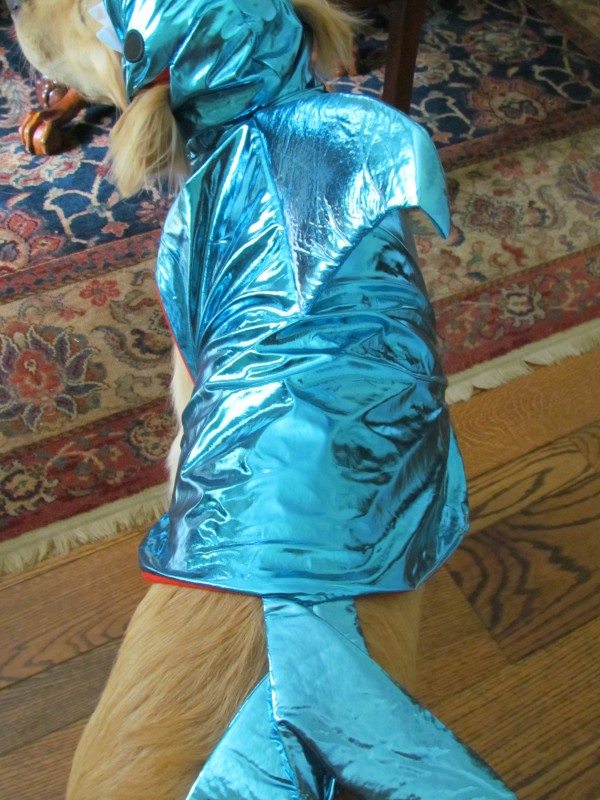 She did not move once in this costume, she is saying really mom let’s get this over with. I do love the tail fins. 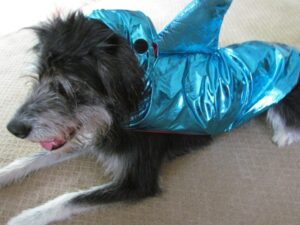 I had to try it on a smaller dog, Wilson, and he moved around freely in it. Maybe too much I had trouble getting a photograph. 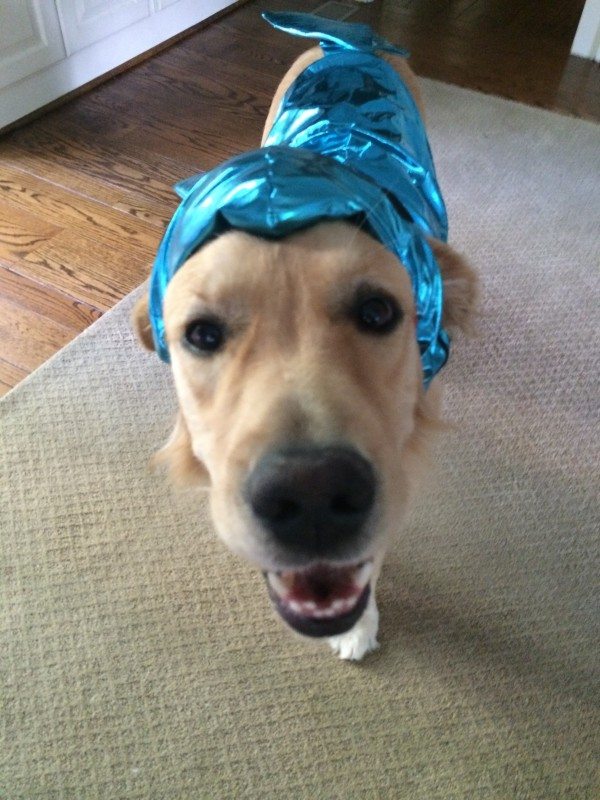 Here is Chloe showing off her new Halloween Sweater. This is super cute and would be adorable on a dog with less fur, only because she usually does not need the extra layer. 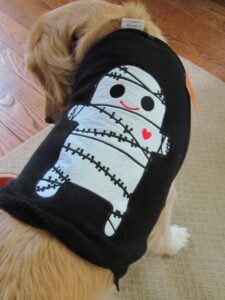 Which Dog Halloween Costume do you think you will buy this year?