← Easy Fruit Cobbler #Recipe All-Terrain Sunscreen Giveaway and Review →
My 6 year old son can stay entertained with Legos for hours so when it came to his birthday theme this year it was an easy decision.
INVITATIONS: 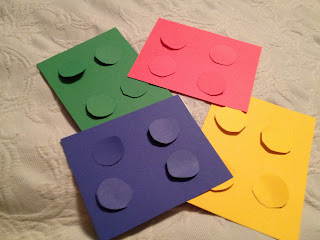 I found these invitation ideas on Etsy and realized I could easily make them at home. I did not have the correct hole punch so I had to cut around a spiked circle to make it look like Legos. 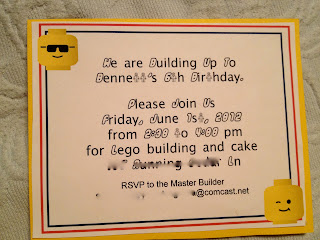 I designed the other side of the invitations on my Avery software. I downloaded the Lego Font from the internet but just be careful with the numbers. The 0 looked like an 8 so a few people went to the wrong address.
The Cake:
Since the party was small I thought I would just make a simple lego piece cake. I baked two rectangle cakes. I made them double layered and frosted the entire thing. 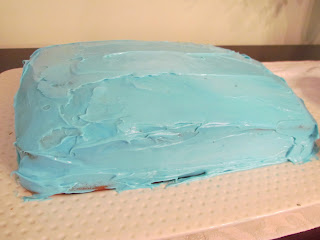 To make the top of the piece I used large sized marshmallows and dipped them in frosting that I microwaved for a few seconds. 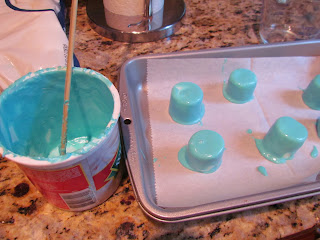 After I did placed them on the cake, the kids thought the marshmallows were too high, so I had to go back and trim them about a 1/4 of an inch. Definitely do that before dipping them. 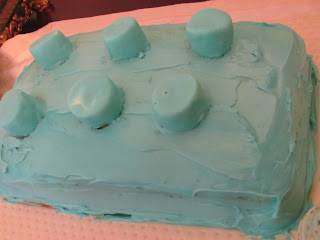 Decorations:
I bought a bunch of balloons, streamers, plates etc in primary colors. Super simple. My kids made this sign on the large lego board we have. 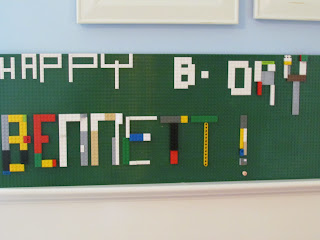 I love a candy centerpiece so I made what is supposed to look like stacked legos out of M&M’s. I just bought 2 large bags and my daughter separated them by color and then we layered them into the vase. 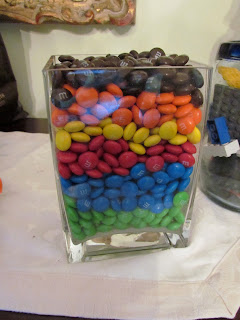 On the table we had the candy centerpiece and another vase filled with legos so the guests could guess the number inside. 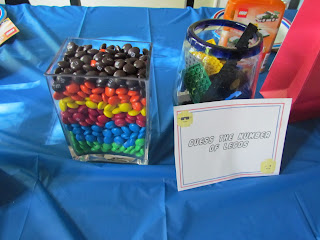 Each place setting had a mini creator set activity to do. I used paper plates as the building platform to keep the pieces from getting mixed up with another friends. 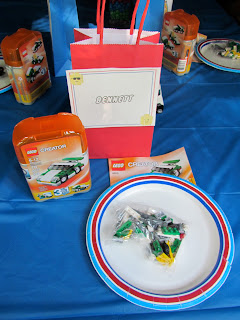 ACTIVITIES: We were going to have a bounce house since I was hosting a neighborhood party later that day but the weather’s forecast caused me to cancel the party and thus cancel the bounce house. I was a little worried at first but it turned out just fine.

The kids kept active putting together their kits. My older children were instructed to be helpers. 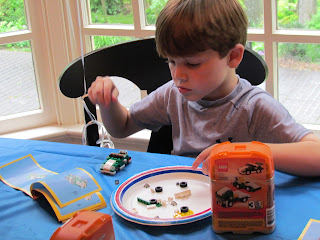 They played a few lego relays building towers and just some free play at the beginning . My daughter came up with a lego person game that each child had to put together a person and then they were judged on different criteria. 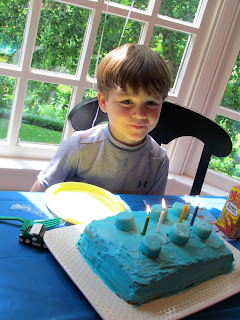 Each child had the kit and the candy to take home and no one got restless except for the last 10 minutes which the rain finally settled and they were able to run outside. It was the perfectly timed party and despite the weather everyone had fun.
[shopeat_button]