I have attempted to make homemade Cinnamon Rolls before and for whatever reason they never seemed to rise properly. My daughter’s friend shared a recipe for a cinnamon bun recipe she has made several times. We invited her over to help make them so I could learn a thing or two too! These breakfast treats came out amazing and they were so easy, no mixer was even needed. It was fun to share my kitchen with two teenagers and try out some new kitchen tools we were supplied with from T-Fal. Baking is fun when you do it with together! 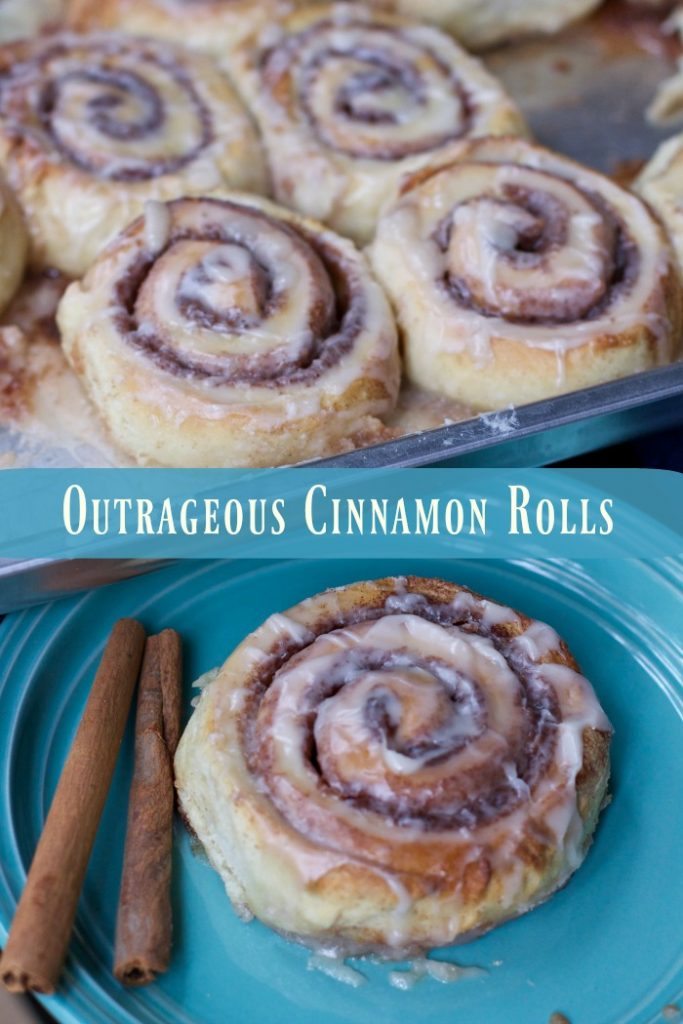 It’s amazing when you show more patience when it’s not your child in the kitchen with you. It was great having a friend there and she was able to talk my daughter around this recipe without me always interacting. This is a reminder to allow her to do more in the kitchen and just look away. Of course, if she cleaned up after herself I would me more willing. 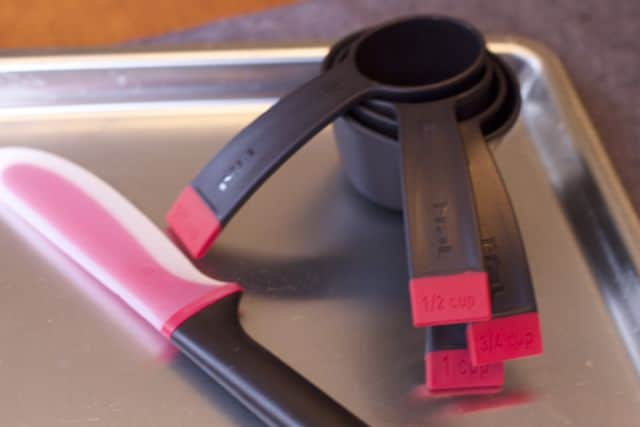 It is no surprise that I love new kitchen supplies. My husband thinks I need to get rid of stuff but I can’t bear to throw my old things away, unless they are damaged. 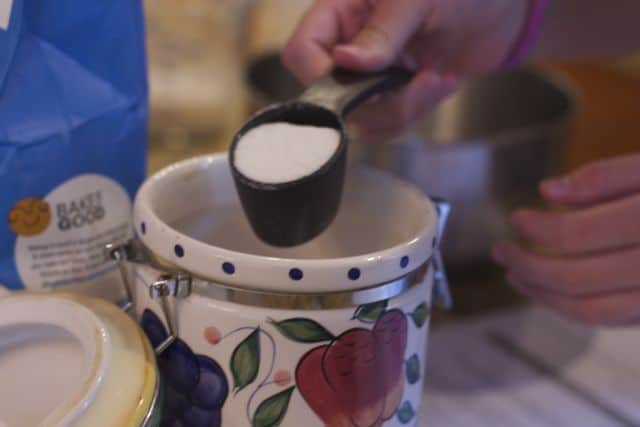 These T-fal measuring cups have a great ergonomic handles and a steady base that will not tumble over. 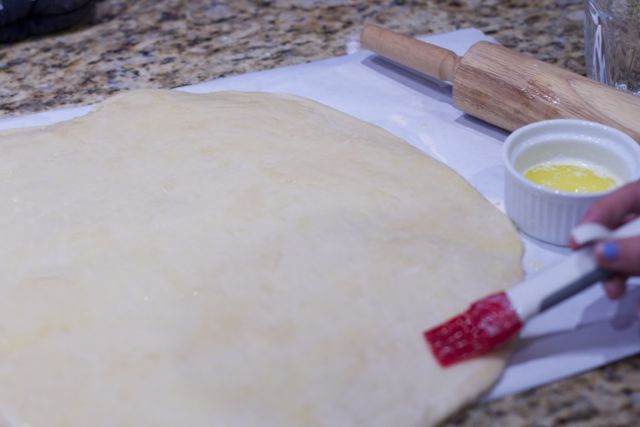 This dough was so soft and really was easy for the girls to spread out. 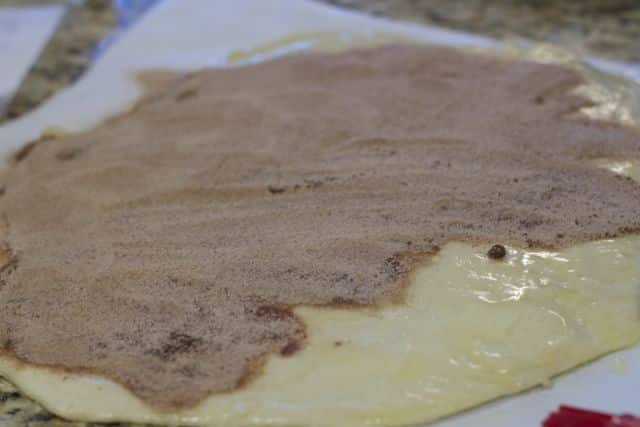 This is what makes it a true cinnamon roll. Just look as this base layer of cinnamon and sugar on top of the melted butter. Sin City Baby. 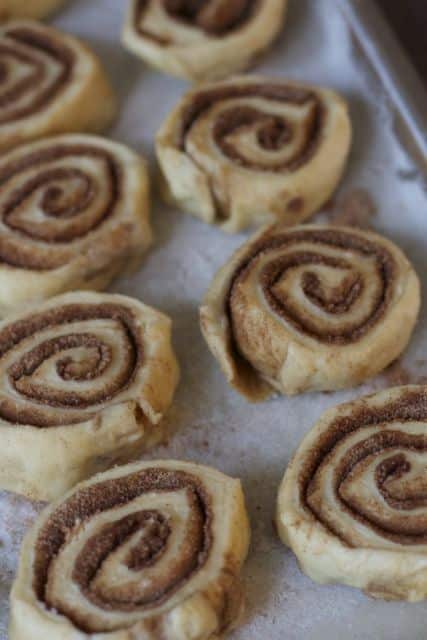 Sorry I missed taking pictures of the rolled up dough. Here they are waiting for one more rise. 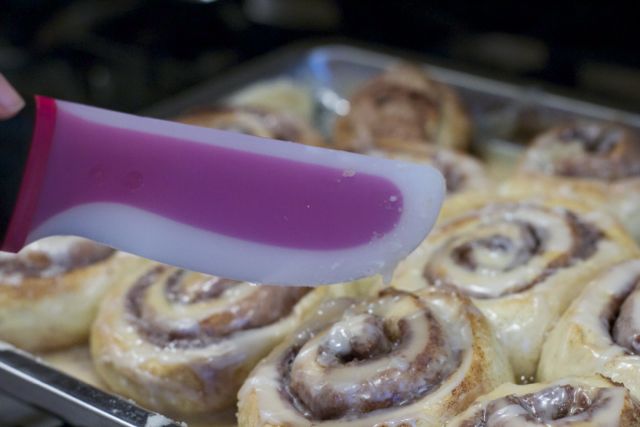 Baked and now ready for the icing, one of my favorite parts. Check out this cool T-fal silicone spatula. It has a flexible contoured edge and large straight edge which is great for frosting cakes. We just dripped some icing on these cinnamon rolls but it was great to also lift out individual slices. 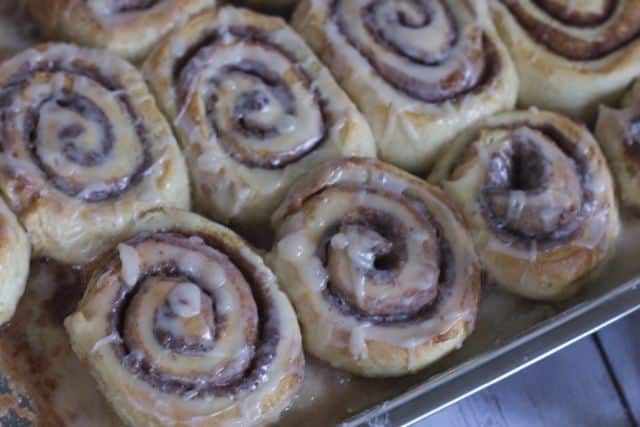 Let’s talk baking pans too. These 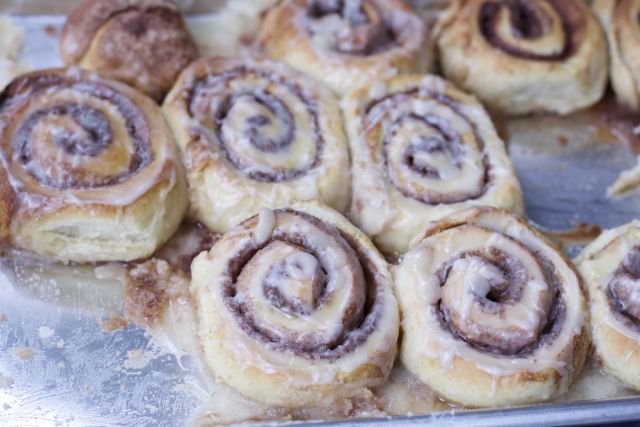 No burning and easy to lift up. I am sold on these pans and might even replace some of my old stuff. 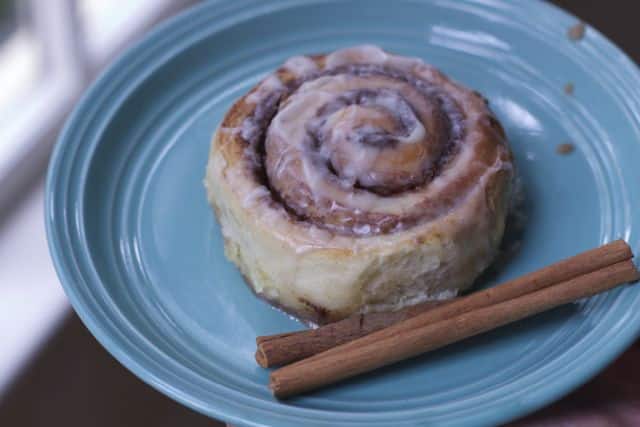 Grab a plate and a cup of coffee of glass of milk an enjoy them while they are hot!! 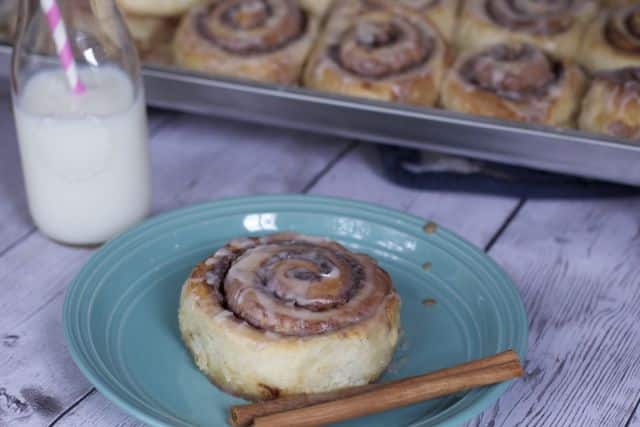 These cinnamon rolls were super easy and so tasty. We even enjoyed them the next day by simply putting them in the microwave for about 30 seconds tops. Tasted fresh out of the oven. Thanks Avery for allowing me to have my first good cinnamon rolls recipe experience.