As I suggested on Monday’s post I had been cooking this weekend for house guests. My son celebrated his first Holy Communion and he was asked to pick out what dessert he wanted for his dinner celebration. He originally asked for  Chocolate Eclair Cake, but since his sister chose that recipe for her party, I stared him away.

I happened to have a copy of Taste of Home Magazine in the car and this month they were featuring the best cheesecakes. I had not made a cheesecake in a while so I suggested he pick one of the contest winners in that issue.
He chose Chocolate and Peanut Butter Mousse, which actually won the grand prize for the contest the magazine held. 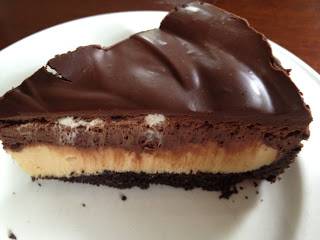 After reading the recipe, I was shocked that it was still considered a cheesecake as it only contains 5 oz of cream cheese. I am used to recipes with at least a pound. Also there is no baking involved so great for a hot summer day when you want the comfort of a cheesecake but minus the heat in the kitchen.

No worries I was going to make it up in chocolate purchases and lots of it. We had some milk chocolate Easter Bunnies I used for the milk chocolate portion but purchased the bittersweet at the store.
I also realized I need to read the directions more carefully. The reason it is called mouse is that they want you to incorporate the whipped cream in the peanut butter and chocolate mixtures. Well had I read the ingredients more carefully it said heavy cream, whipped.
I was worried I had ruined the expensive cake as I just added whipping cream to the peanut butter mixture. I did it right for the second layer!!
I think it still looked and tasted amazing.
Small slivers please, this recipe serves 16 and you will know why. If you are a fan of a Reece’s Peanut Butter cup you need to try this one. 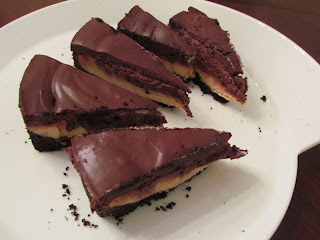 Just read the reviews and I was not the only one who read the directions wrong. They made it less confusing on the web page version!! 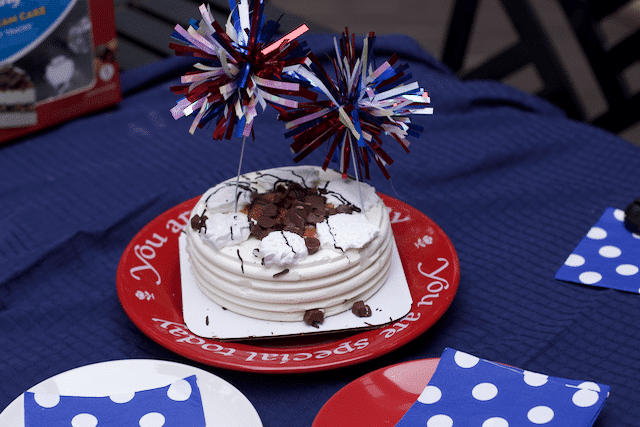 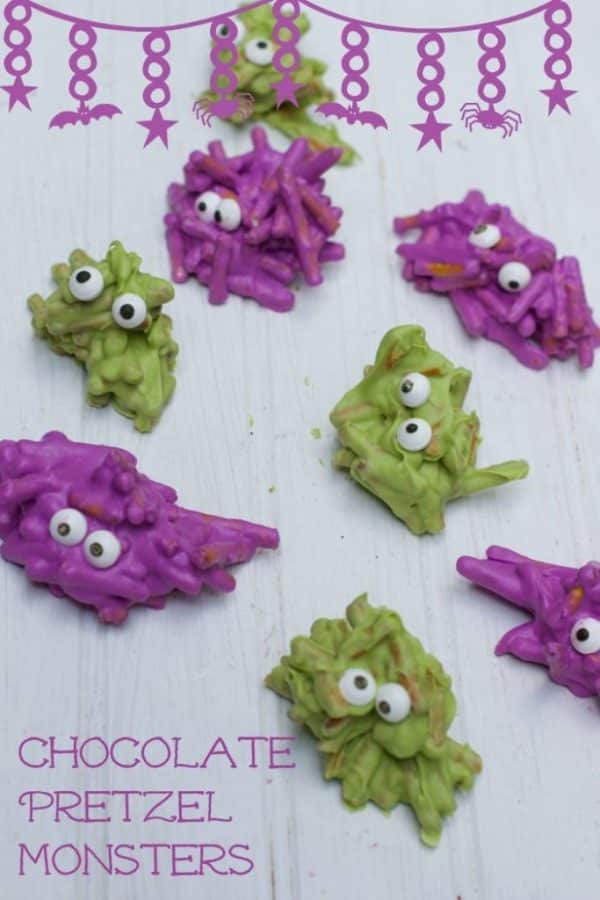 How to Make Chocolate Covered Pretzels into Monster Halloween Treat 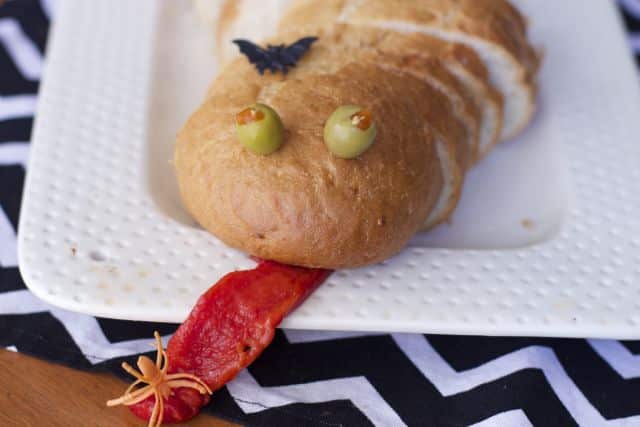