Thanks to the folks at PLAYMOBIL for sending us the new Playmobil city life school for review.     It isn’t easy to find a toy to entertain all four of my kids:  ages 3, 6, 8 and 10.  We received our PLAYMOBIL “School” which is a fully furnished school building.  I was curious to see who would enjoy it most.  I can honestly say it’s a toy that they ALL have loved since assembling. 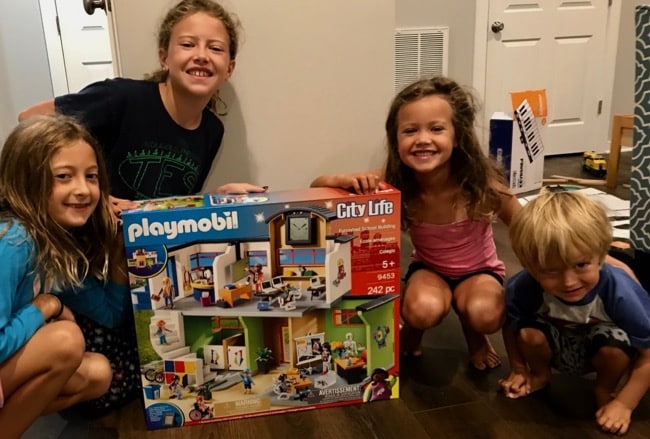 My ten year old quickly took the lead in organizing the “building” of it (classic first child).  Her two younger sisters were excited to help pitch in and the three-year-old watched with anticipation from the sidelines (with a few tantrums along the way as he attempted to “help” sort the pieces!). 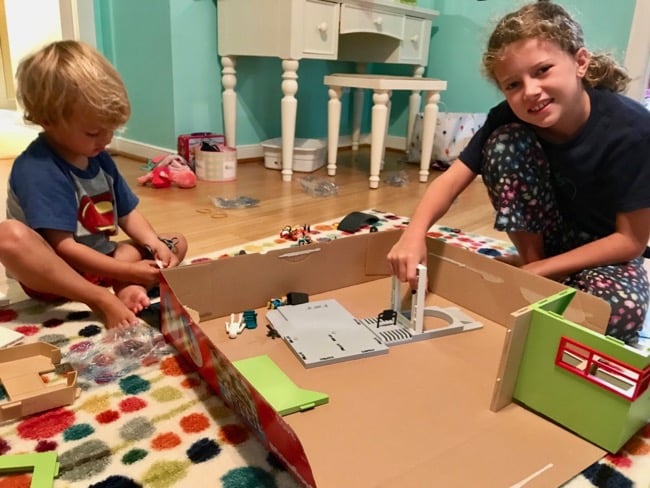 It took the girls about an hour to put it all together (parent bonus:  need an hour to yourself?  Think PLAYMOBIL assembly!).  They have also loved referencing the box it came in with the full school picture on the front. 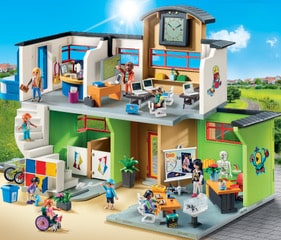 Once the school was assembled, we were amazed at the detail of the play figures.  My three-year-old son was mesmerized by the elevator that gets kids back and forth to class.  There’s a computer lab with laptops, teacher’s office, even a biology class equipped with a skeleton model.  This is a very modern school! 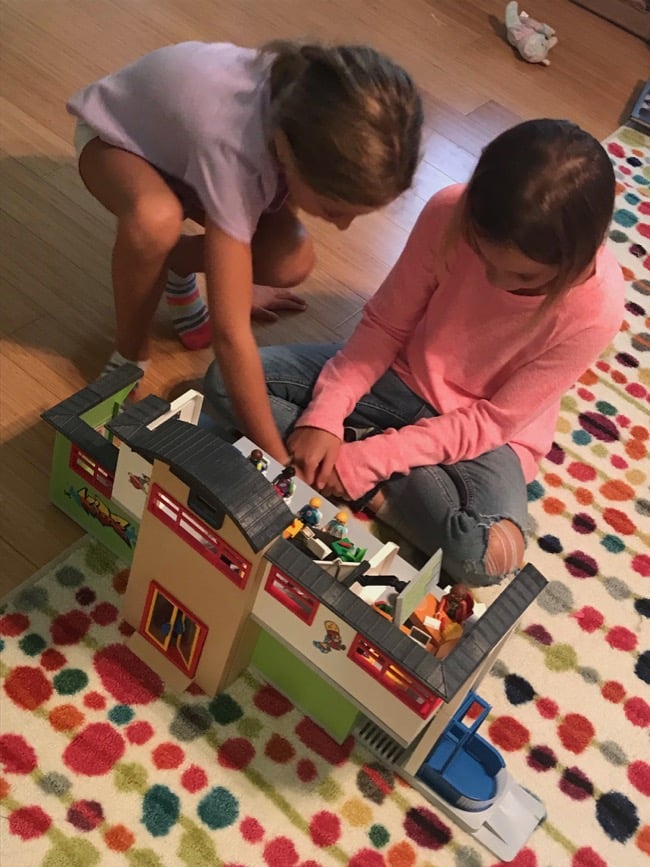 PLAYMOBIL has been around since the 1970s and their goal is to spark imaginative play.  Within the first week of having our PLAYMOBIL up in the girls’ room, I observed each of my kids with their friends participating in role-playing in the pretend school.

Even my three years old would lie down next to the PLAYMOBIL and move the figures around.  My eight-year-old daughter had her best friend over to play one day and I’d noticed they were having fun with the PLAYMOBIL.  Later that evening, the mom texted me and said, “Mary had us bring up all her PLAYMOBIL from the basement after playing with your kids this afternoon.” 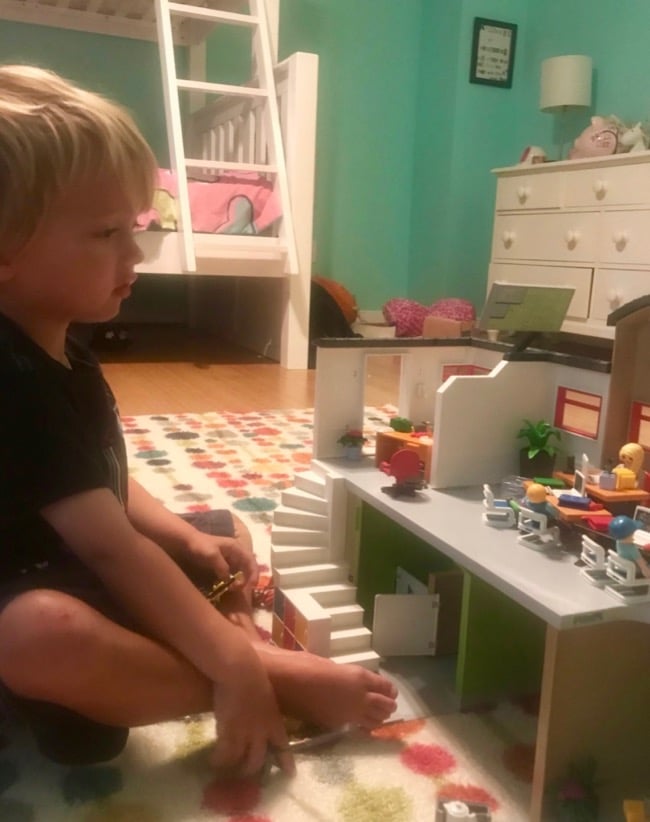 As summer is ending and school is on the horizon, this toy got our kids into the “back-to-school” mood with its fun theme.  PLAYMOBIL goal of sparking a child’s imaginative side is truly being accomplished!  Keep this toy in mind for a special birthday or holiday gift as it’s certain to entertain the young kids in your family.