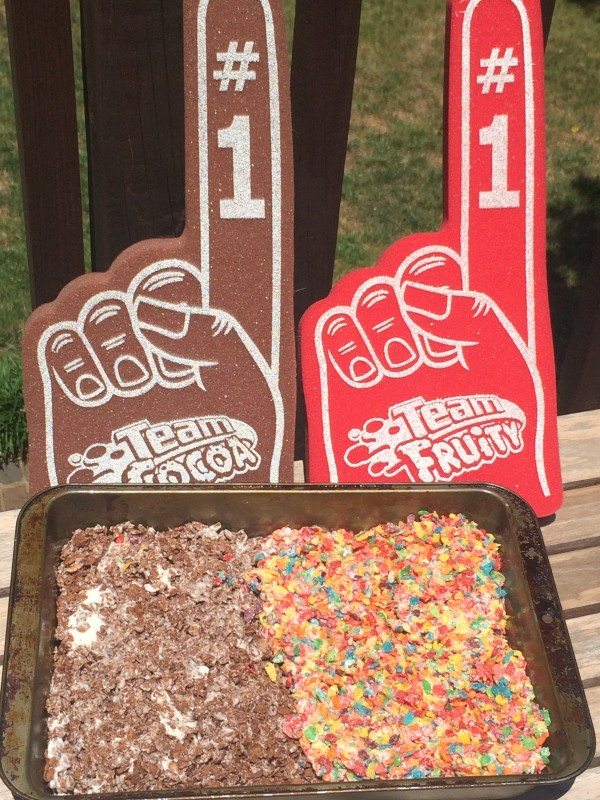 This post about quick and easy desserts was made possible with the promotional items provided by POST. My kids eat cereal several times a week and not just for breakfast. When I pull out a box of a special cereal they go wild. Well when they got home from camp this year, I had more than a few boxes waiting for them but a team challenge. Would they be Team Cocoa or Team Fruity. We had to come up with some quick and easy desserts using cereal too. 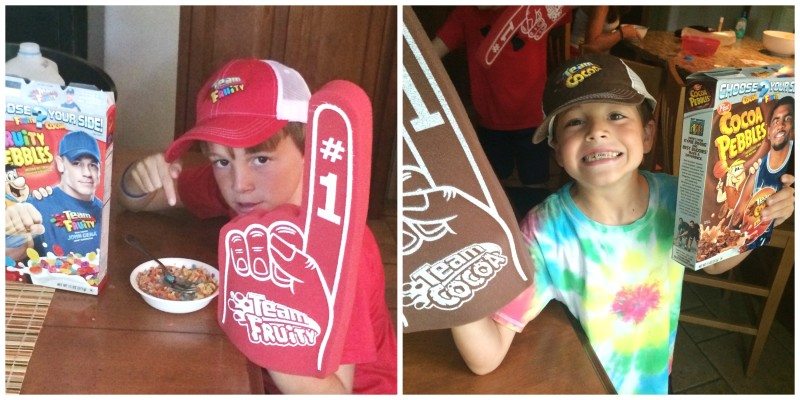 First we had some friends over for a SwipeSimonChallenge. What a better way to celebrate summer than with some friends and sweet treats. I made simple cereal bars using both the Cocoa Pebbles and Fruity Pebbles. I made one full recipe using each cereal but just filled half of a 9 x 13 pan with each. 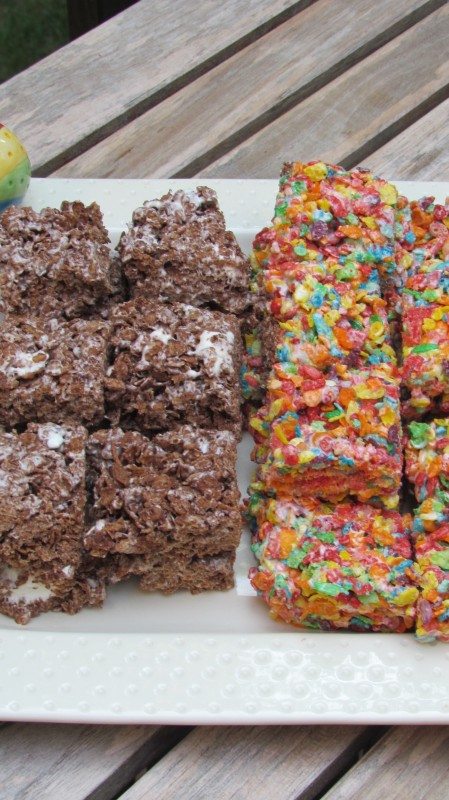 Truly a fight for the best team. 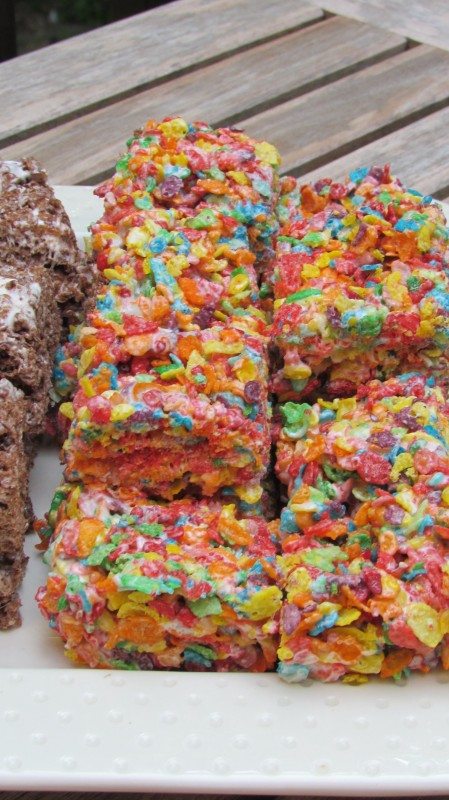 Ironically some of the kids changed team when they were incorporated into a sweet dessert.

For dinner one night I thought I would try a fun summer time dessert with cereal. We made Grilled Bananas with Cocoa Pebbles. Because we did them at night on the fire pit I did not get a good photo so using the one from Post Cereal. They were yummy and you could easily change the chips to chocolate chips if there are any peanut allergies.

Directions:
Cut each banana lengthwise about 1/2 inch deep, leaving 1/2 inch uncut at both ends. Gently pull each banana open, forming a pocket. Fill each pocket Cocoa Pebbles cereal, peanut butter chips and marshmallows, evenly divided among the four bananas.
Wrap each banana in foil and grill over medium heat for 4-5 minutes or until marshmallows are melted.

Which summer easy Dessert recipes using Cereal would you like to try? 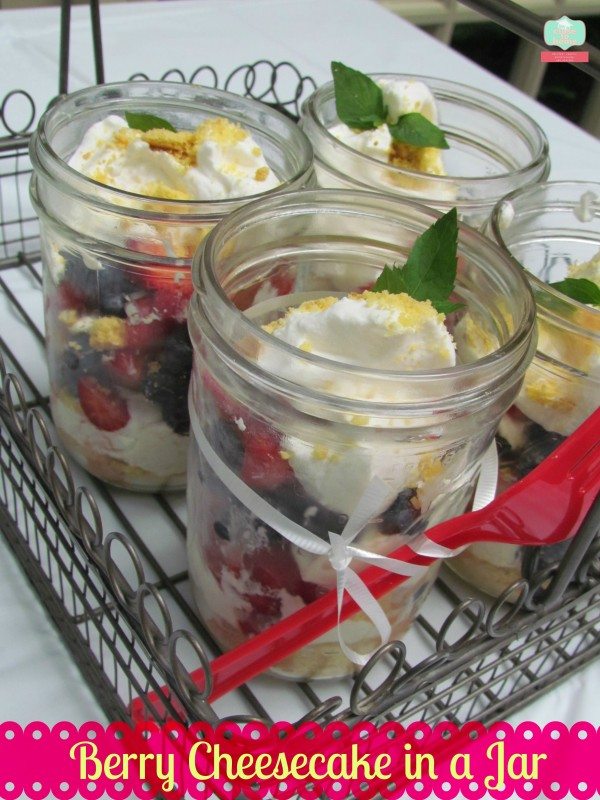 Berry Cheesecake Recipe in a Jar 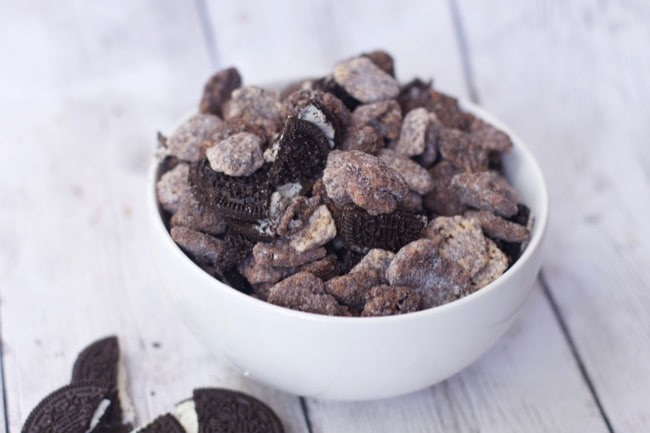