Snow day again here in VA. It was 7o degrees yesterday and I thought it was crazy we were on a winter weather advisory. Well the forecasters were actually accurate this time. The kids are off from school yet again but feeling some what motivated I decided to treat everyone to some simple cinnamon baked Doughnuts from Ina Garten Foolproof cookbook

; Since purchasing a donut pan a few months ago I have really enjoyed making baked doughnuts in many flavors. 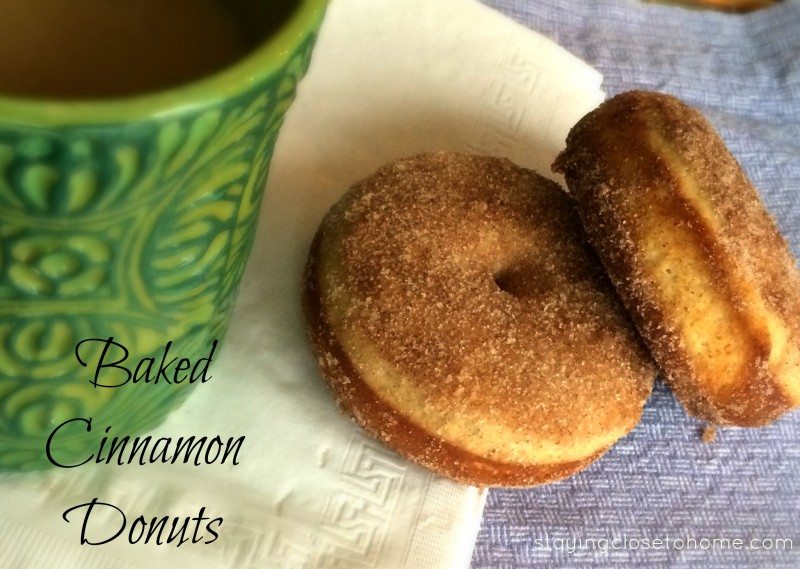 This is such a simple baked doughnut recipe that you will have warm donuts on your table in less than 45 minutes. Using simple ingredients this recipe is really fool-proof. No mixer needed especially for the halved recipe. We will definitely be heating up this snow day. 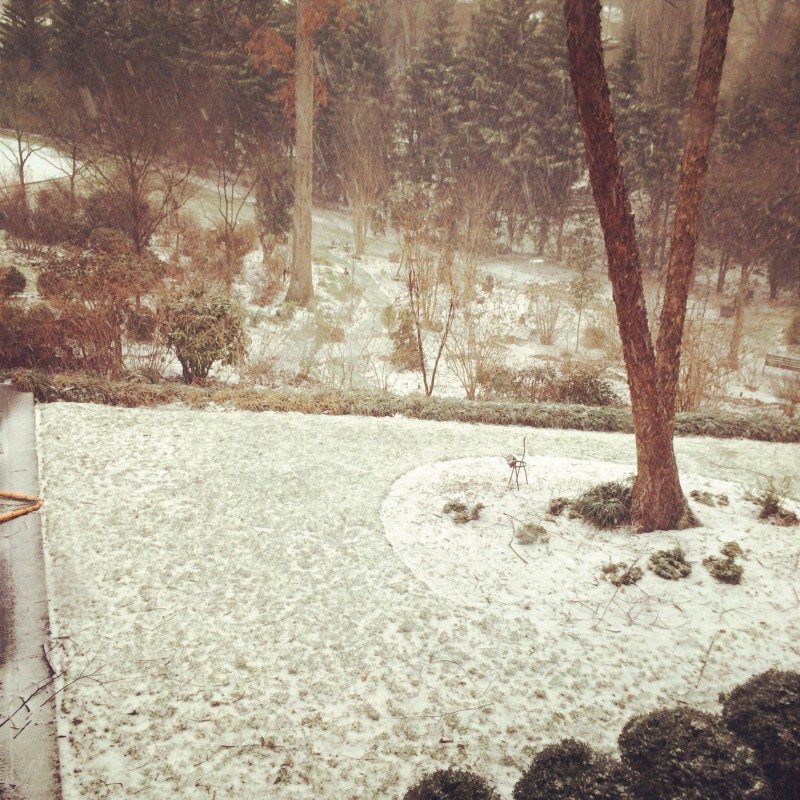 The original recipe makes 12 donuts but we halved it so we wouldn’t be tempted to eat donuts all day while we were snowed in. I also did not have any whole milk so used some low-fat buttermilk instead. 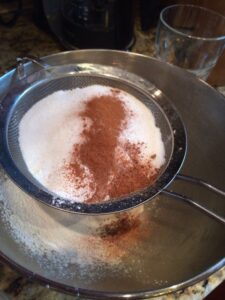 Sift all your dry ingredients into a bowl. Add to wet ingredients and you have your doughnut batter that quickly. I find it easiest to use an ice cream scoop to add the batter to the donut pan. 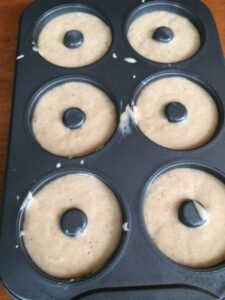 Bake for 17 minutes, don’t be fooled by the color of the top of the donuts, the bottoms will be browner. Be sure and test them with a toothpick. 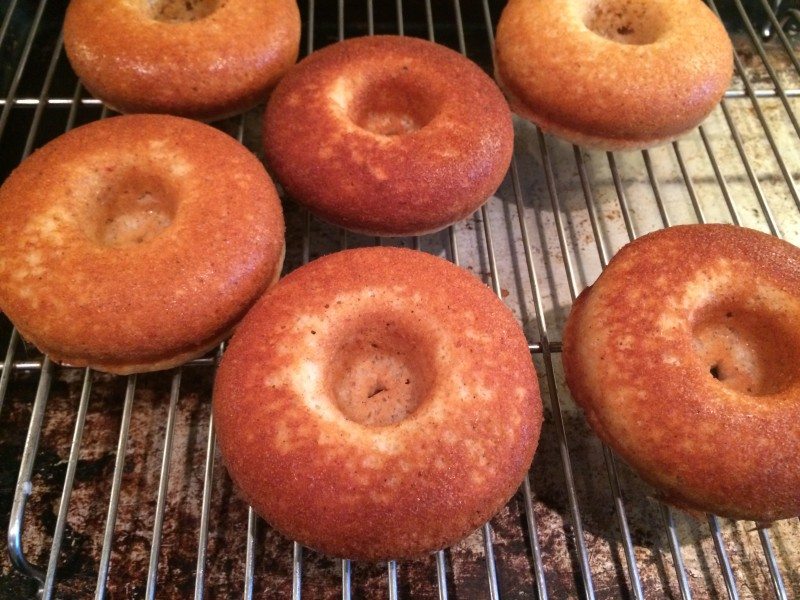 Allow to cool for 5 minutes in the pan than dump onto a cooling rack. 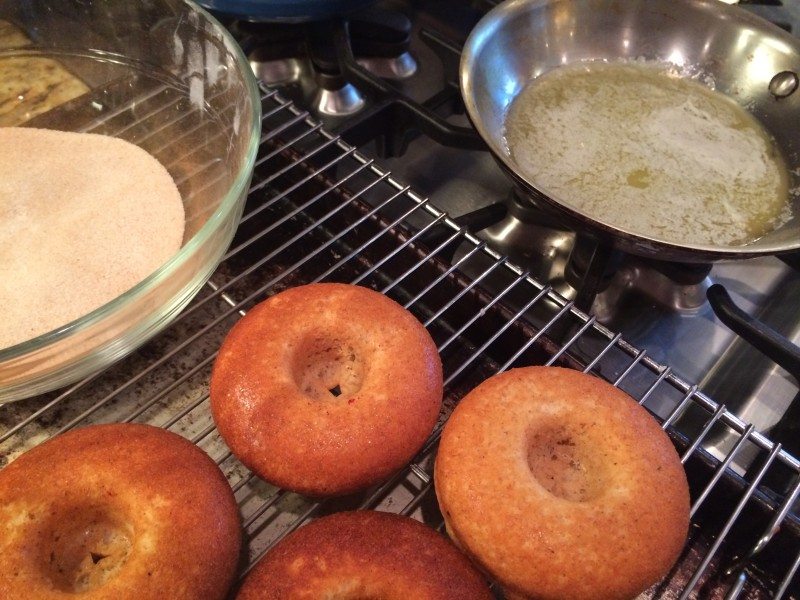 Meanwhile melt your butter and combine your cinnamon and sugar mixture. 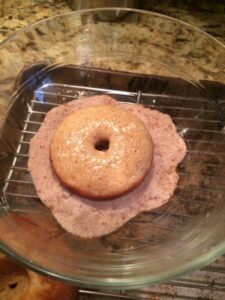 I decided to dip both sides in the butter and cinnamon sugar mixture to maximize the flavor. 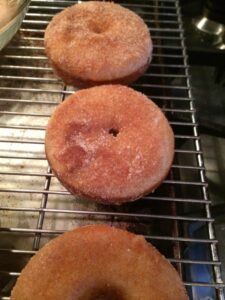 Enjoy warm but they are equally delicious cooled. But there is something about a warm donut that makes you forget the calories you are consuming. They are better than fried donuts though right?

Wow these were the bomb and a great way to “celebrate” our snow day. If celebrating is in order. 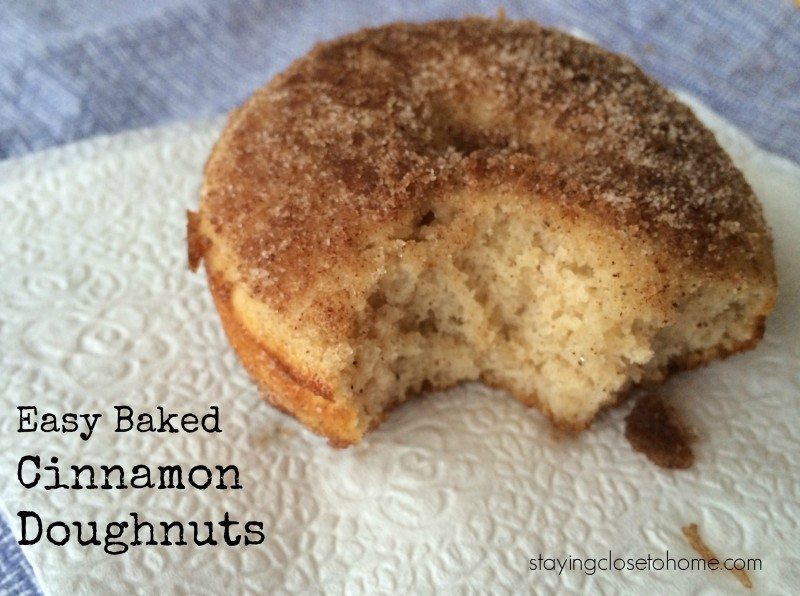 I Bet you can’t resist just one. You probably have all the ingredients at home to enjoy these homemade donuts at home. 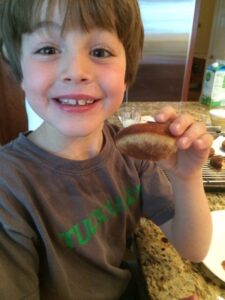 This recipe makes  12 donuts but can be halved.