← Teriyaki Pineapple Turkey Burger Recipe Penna Gourmet Foods--Do U love Olives? →
It would be so easy to fall into the habit and quiet of having the TV or electronics on all summer. I mean let’s admit it they serve as great babysitters so we can get a few things done without being disturbed.
However, I really try to keep those things to a minimal. But it is a challenge to find things that hold their attention long enough to get something actually accomplished.
Well you would have thought it was a brand new video game that came in the mail. With almost perfect timing for my son’s birthday weekend, I received  VTECH Switch and Go Dinos 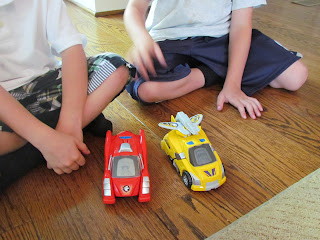 My boys, ages 6 and 8, played together nicely for over an hour. They were each assigned one Dino to “review” but managed to get along. Although my 8 year old is on the higher end of the recommended age group he stuck it out until a friend rang to door bell.

My 6 year old did not stop playing with them for over 4 hours. Ok he put them down for dinner but for the most part he was entertained.

While the Dino’s come with batteries, I did not say it was quiet play, it was not that annoying beep or sound that make you want to throw the toy outside. They also provide fun facts about the particular dinosaur the toy resembles. 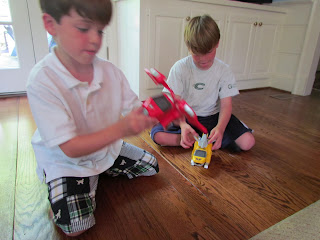 They were able to use their imagination and transform their dinos into cars and planes. We received the Stegasaurs and the Teranadan versions.  The VTECH Switch and Go 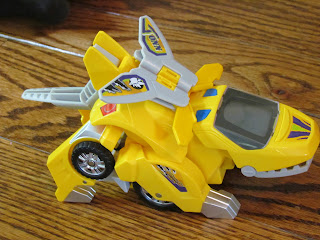 Check out the cute eyes on these guys. You can switch them from Dino’s or race cars. 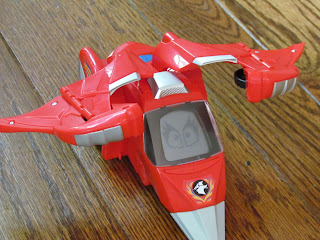