This post is sponsored by General Mills, but the thoughts and opinions are my own.

The holidays are fast approaching which means lots of entertaining and pot luck events. Instead of heading to the grocery store every day during the holidays, especially a few days before Thanksgiving

I like to stock up on essential baking items that I know I can create beautiful desserts and snacks. Brownie mix is one of the most versatile baking mixes out there.

We especially like the Hershey’s Triple Chocolate Brownie Mix from Sam’s Club. You can make a ton of desserts with boxed brownie mixes. One of our favorites is swirled cream cheese brownies. 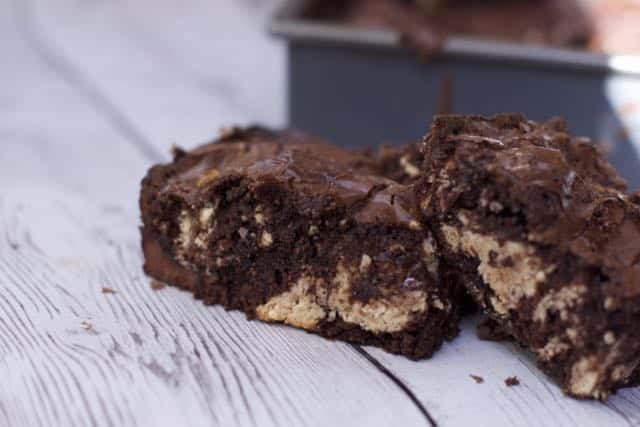 Well, this week we decided to take a traditional cream cheese swirled brownie recipe and make it more decadent with Peanut Butter cheesecake batter. Two of my favorite flavor combinations, peanut butter and chocolate. Anyone else with me on this? 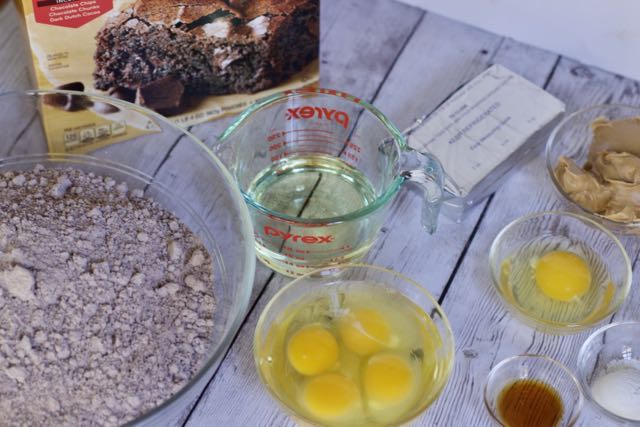 Since you are starting with a brownie mix, the only other ingredients you will need are cream cheese, eggs, sugar, vegetable oil and peanut butter. This is a two bowl dessert that will make your friends think you bought them at a bakery! 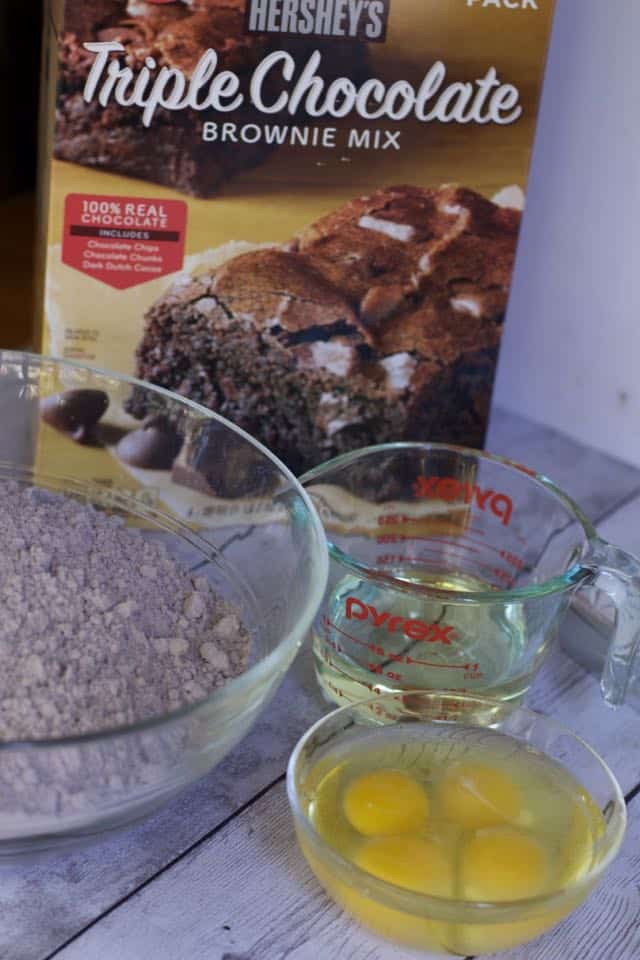 WHAT SIZE PAN DO I NEED?

To make a 13×9 pan size of brownies to entertain a crowd, use two bags of the Hershey’s Triple Chocolate Brownie Mix. Using a large bowl, make the brownie mix following the package directions for 40 brownies 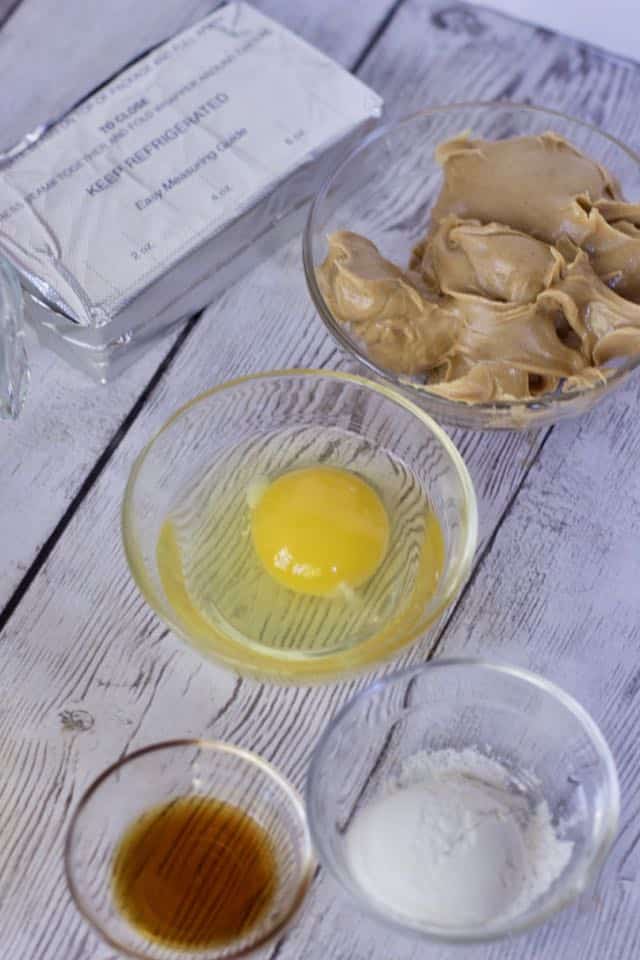 In a separate bowl, combine the ingredients for the peanut butter cream cheese swirled topping. 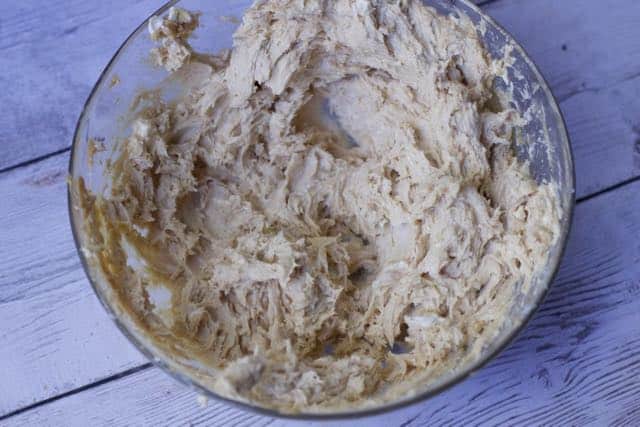 Add about half of the batter, then the cheesecake mixture. 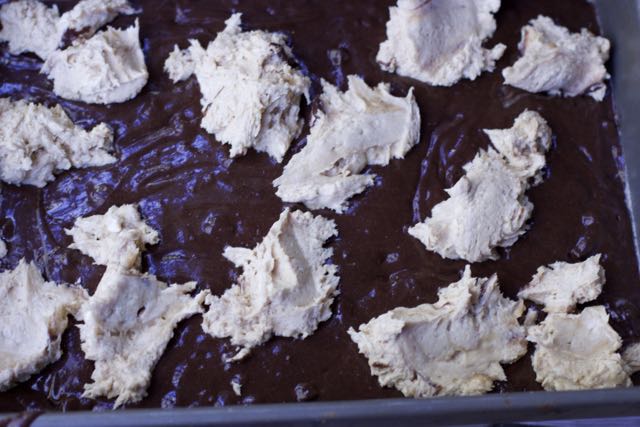 Pour the remaining batter over the cheesecake and swirl the two with a knife. Unlike traditional swirled brownies, these will be more swirled in the middle. 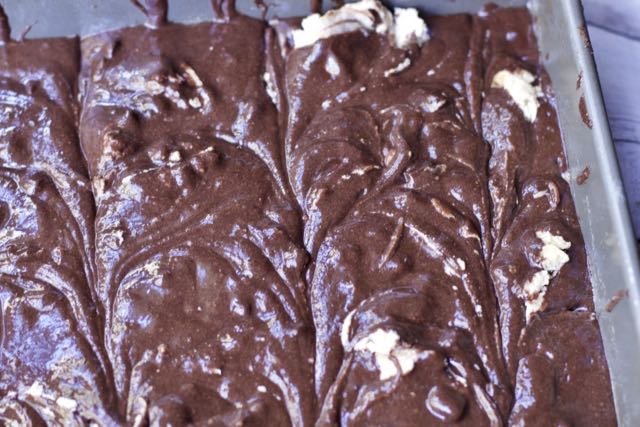 Bake and wait for the magic flavors of chocolate and peanut butter to fill up your kitchen (I hope you have guests during this as their mouths will be drooling!). 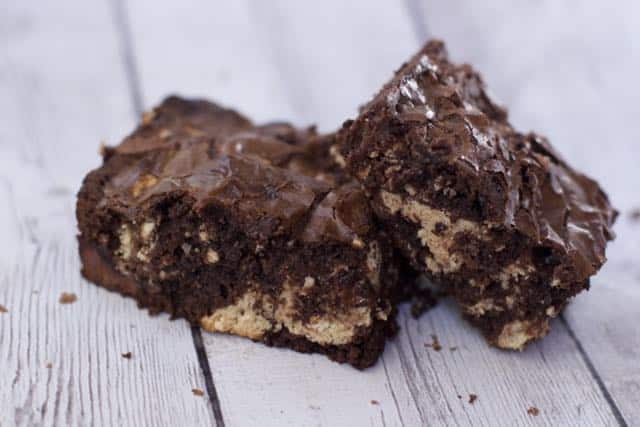 Other items I like to stock up when I am at Sam’s Club is the Member’s Mark French Bread. This bread freezes so well and I would have dug into it in the car as the fresh-baked smell is oozing out of the bag! It makes great Garlic Bread, a serving vessel for bruschetta or a yummy addition to a panzanella Salad. 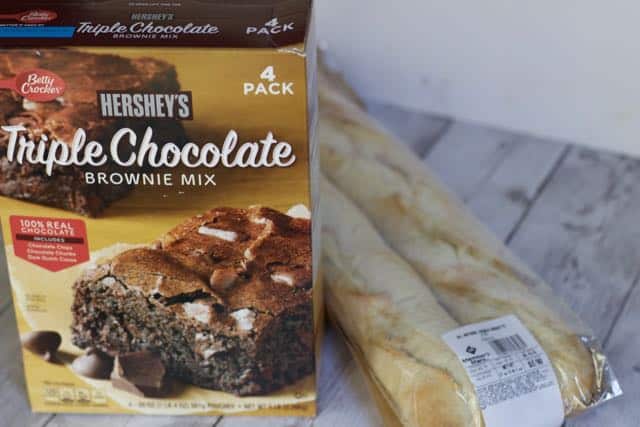 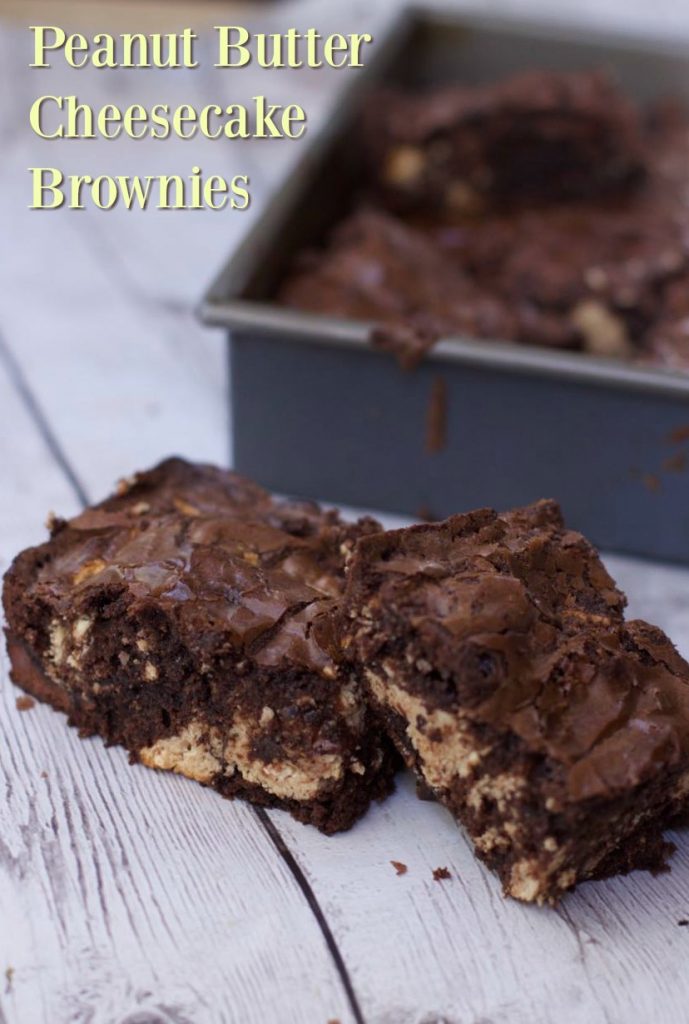 For the Peanut Butter Cheesecake Swirl