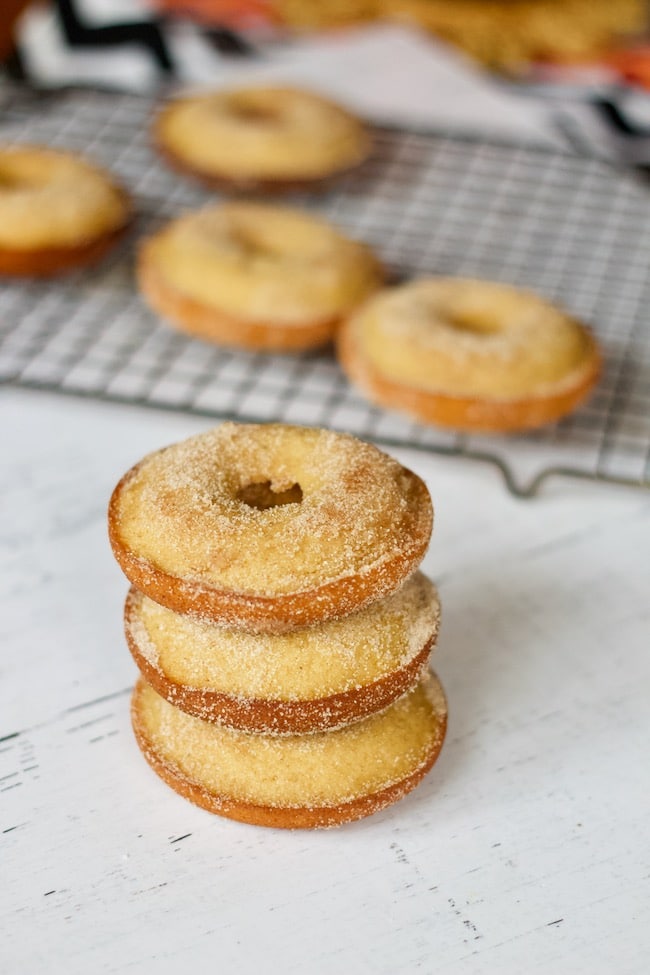 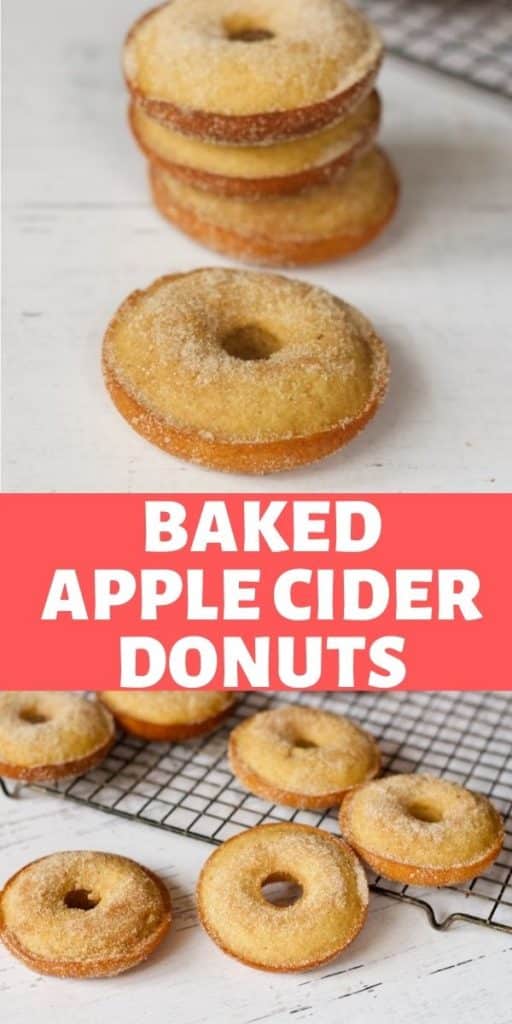 Do you really need an excuse to eat a good donut. Do you prefer cake or fried donuts? Growing up in the midwest, I am definitely a cake donut gal. In fact, when I learned you can bake them in donut pans.

I have had fun creating some unique flavors for the family. They are baked so no guilt, haha. This is the first year we have not gone to an apple orchard and indulge in their Apple Cider Donuts.

So we decided to make our own version of baked apple cider doughnuts that we prepped at night for a quick weekday breakfast treat.

Baked doughnuts should not only be a weekend treat.  With a little preparation the night before you can make these apple cider doughnuts in the time needed to preheat your oven.

HOW TO PREP DOUGHNUTS TO MAKE LATER

For the most robust flavor, you will want to boil down your apple cider.  This recipe calls for 1/2 cup of apple cider.  We recommend adding 1 cup of cider to a sauce pan and allow it to boil to half.  This took about 15 minutes and a few times measuring!

Allow to cool slightly, cover and put in fridge to make the next day. (you can cool it and use it the same day but we are sharing how I made this make ahead doughnuts)

Butter can sit at room temperature for 2 days, so placing it out before heading up to bed is acceptable.

Measure out the sugar and flour mixtures in bowls and simply cover and allow to sit on the counter.

There is no magic way to make donut batter.  It comes together quickly as you wait for the oven to preheat.

When we make muffins I like to use a Cookie Scoop.  When I make baked donuts, the best method is putting the batter in a piping bag or ziploc bag. 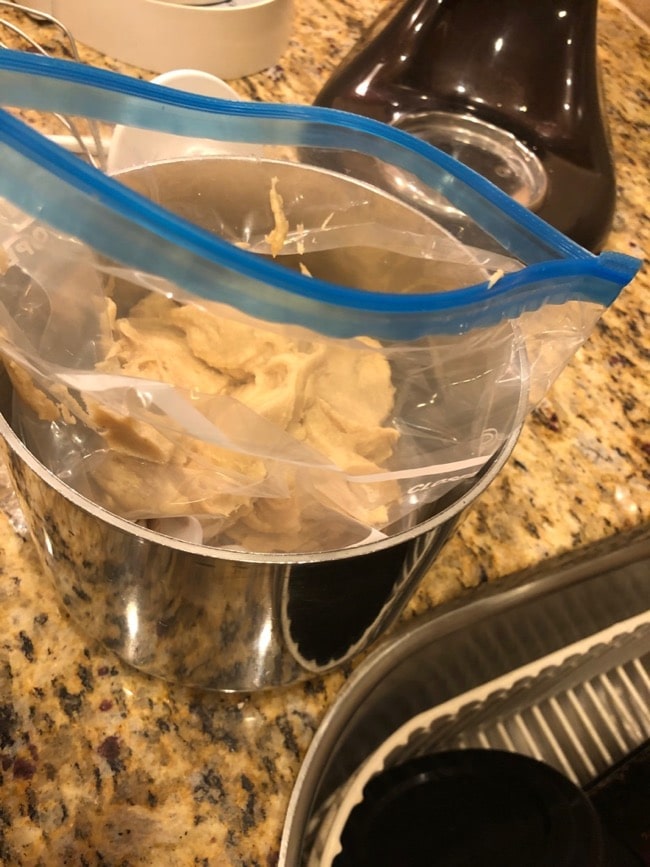 Pipe the batter into the tins and tap the pan on the counter to flatten them out.  Simple and foolproof. 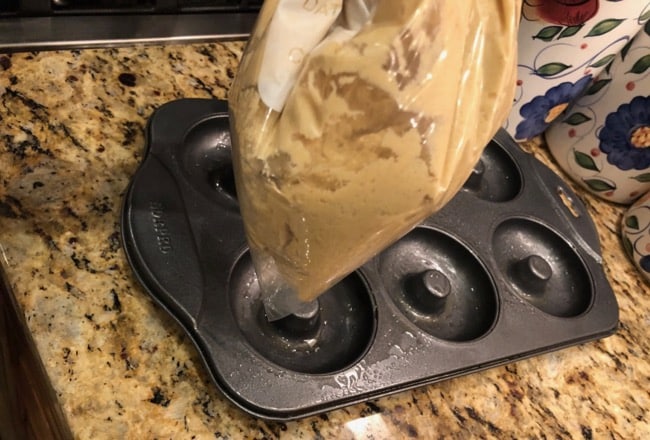 Bake the donuts per the directions and allow to rest for about 10 minutes. 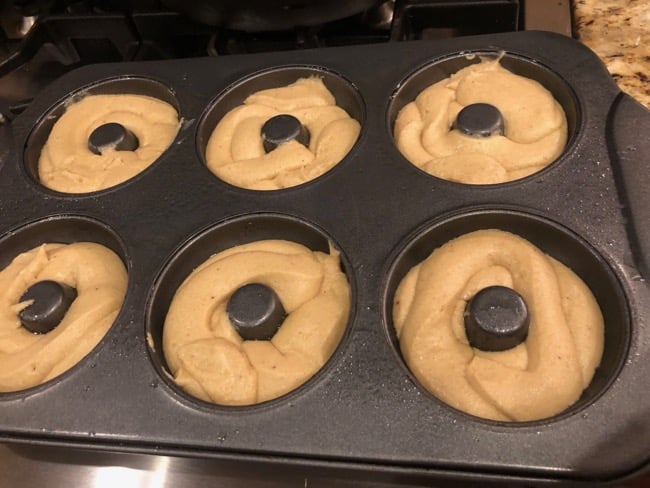 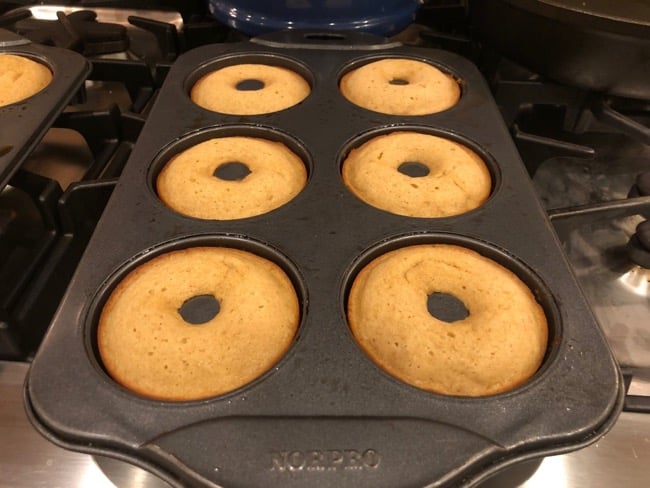 Unmold the doughnuts and put them on a baking rack.  Immediately baste the doughnuts with some melted butter and dip into the sugar/cinnamon mixture. 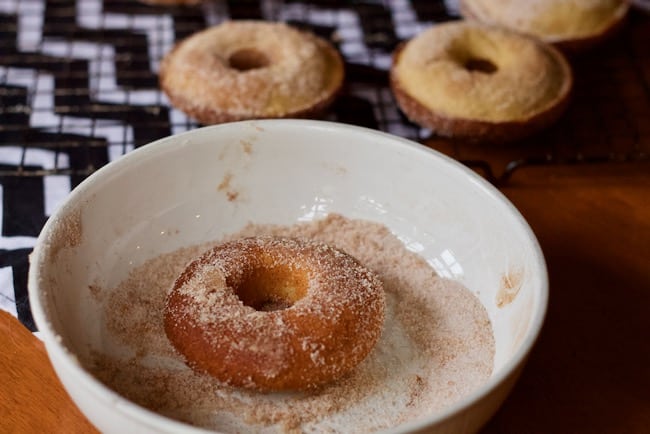 WHEN IS THE BEST TIME TO EAT A HOMEMADE BAKED DOUGHNUT

I tried one right after I dipped it and it was still warm and one cooled.  Personally I think you get more of the cider flavor by letting them cool. 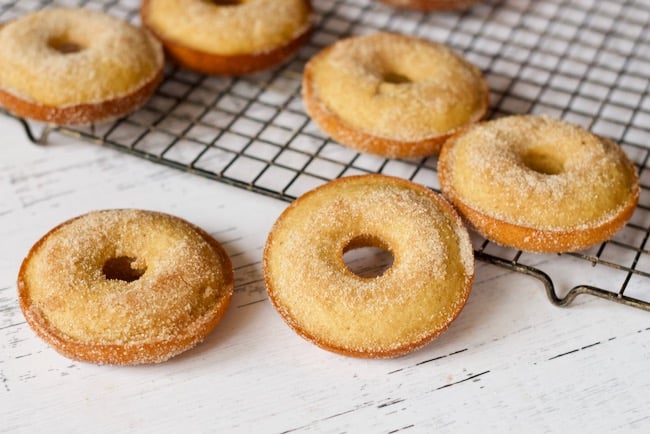 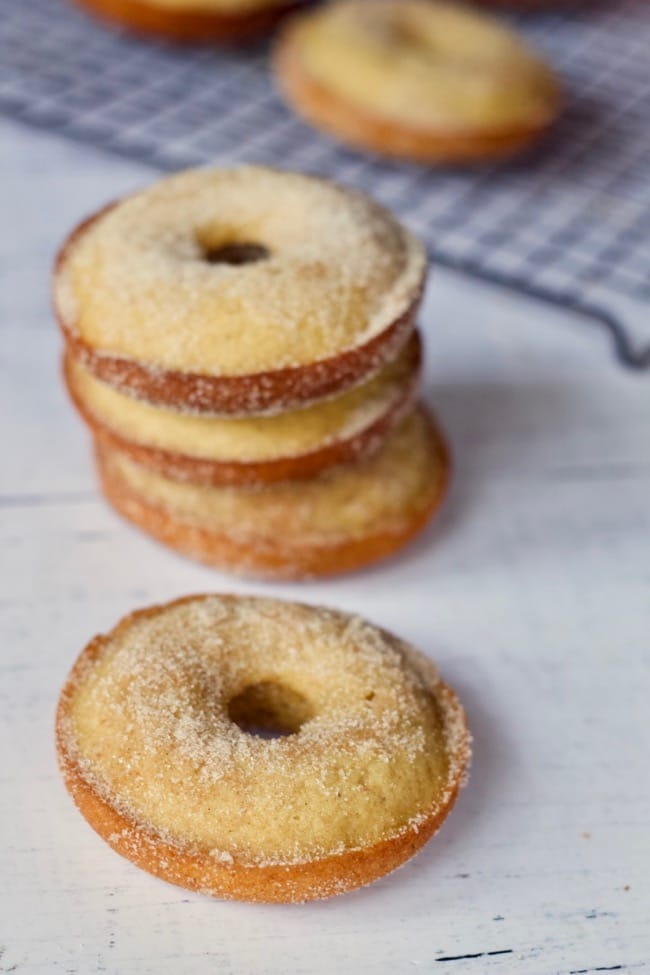 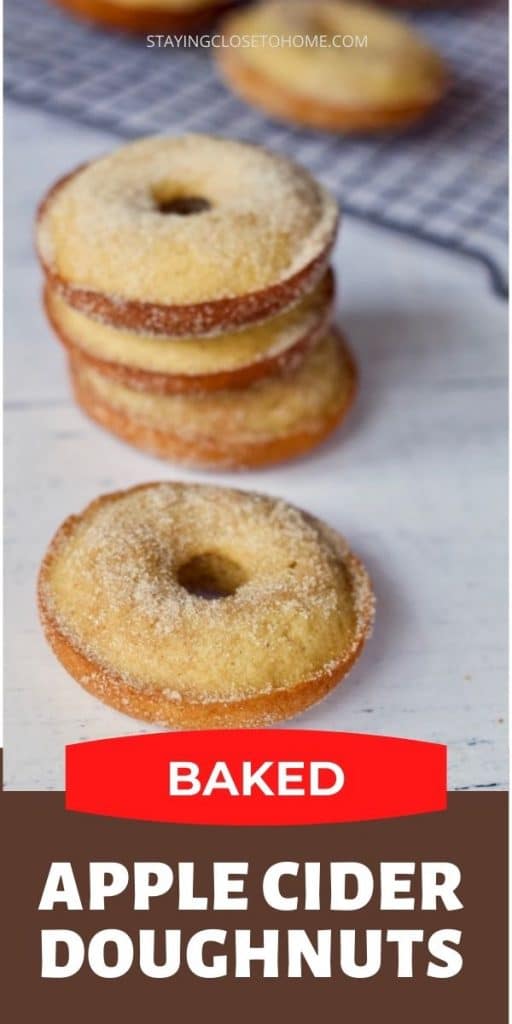 Heat the oven to 350 degrees. Lightly grease 2 6-cavity doughnut pans with nonstick spray. In a medium bowl, add the flour, baking powder, salt, 1 teaspoon cinnamon and nutmeg and whisk to combine. Set aside.

In the bowl of a stand mixer fitted with the paddle attachment, cream 10 tablespoons butter, brown sugar and 1/4 cup granulated sugar on medium speed until light and fluffy, 3 to 4 minutes. Add the eggs one at a time and mix until well incorporated after each addition, scraping the bowl as necessary. Beat in the vanilla extract.

Add the flour mixture and mix on low speed until incorporated. With the mixer running, add the apple cider in a slow, steady stream and mix to combine. Scrape the bowl well to make sure the batter is homogeneous.

Fill doughnut pan with batter, filling them about 2/3 of the way full (you can also do this using a disposable piping bag or a resealable plastic bag with a 1/2-inch opening cut from one corner). Bake until evenly golden brown and a toothpick inserted into the center of the thickest portion comes out clean, 12 to 15 minutes. Rotate the pans halfway through baking.

While the doughnuts bake, whisk the remaining 1/2 cup granulated sugar and 1 teaspoon cinnamon together in a small bowl to combine. In a separate small bowl, melt the remaining 6 tablespoons of butter in the microwave.

Let the doughnuts cool for 5 minutes after baking, then unmold them from the pans, brush with the melted butter and dredge them in the cinnamon sugar while they are still warm. Serve immediately, or let cool to room temperature.

TO prep these the night before, reduce your cider, measure out the dry ingredients and allow the butter to sit out overnight.

As an Amazon Associate and member of other affiliate programs, I earn from qualifying purchases.