Updating 5/2017 for my neighbor’s daughter’s First Communion. First and foremost, times flies. It is hard to believe that my daughter had her First Communion Party seven years ago.

I have had two other ones since, but I feel the first one is always when all the family flies in. The other two did not wear first communion dresses since they were boys so there was no tradition there.

I wanted to share some easy and last-minute first communion party ideas that will make that day a little more special.

This weekend was my daughter’s First Holy Communion and I had 10 to 15 guests in the house for any given meal. So any efforts to throw a First Communion Party were easy and many can be done last minute. 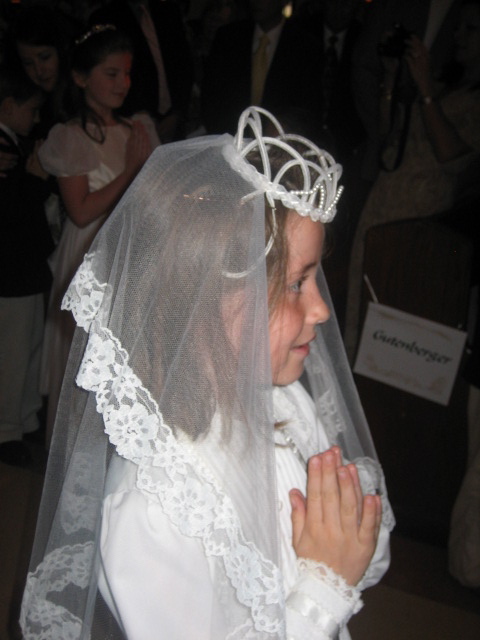 Just FYI the First Communion dress she is wearing is the one my sister and I wore in the 70’s.

Since mass is typically in the morning, I prefer throwing a brunch right after church. Brunch is an easy meal to prepare and most people like to get on with their day so they don’t hang around for hours after!

Here are some of our favorite Brunch Ideas that would work well for First Communion: 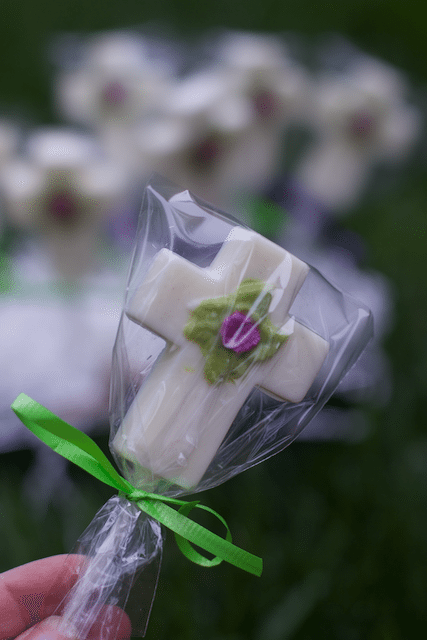 Of course, I could not resist making these chocolate party favors that also served as the centerpiece. You can find Cross molds

in the candy making aisle of your craft store or Amazon.

Make this cross chocolate pops over a week in advance, just keep in a cool place. 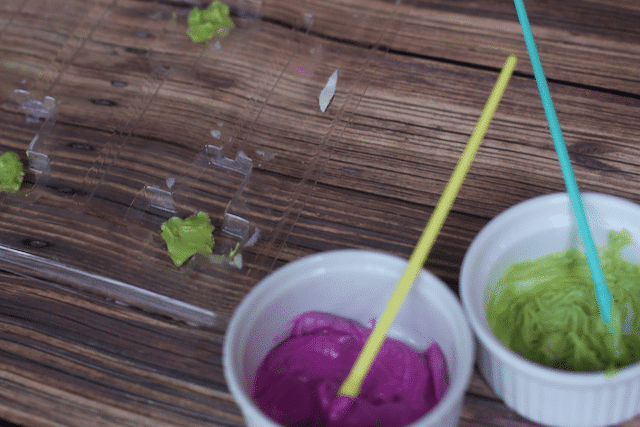 What you need to make Chocolate  LolliPops

Chocolate pops are not that hard to make you just need a few supplies to get the three-color chocolate to look nice. 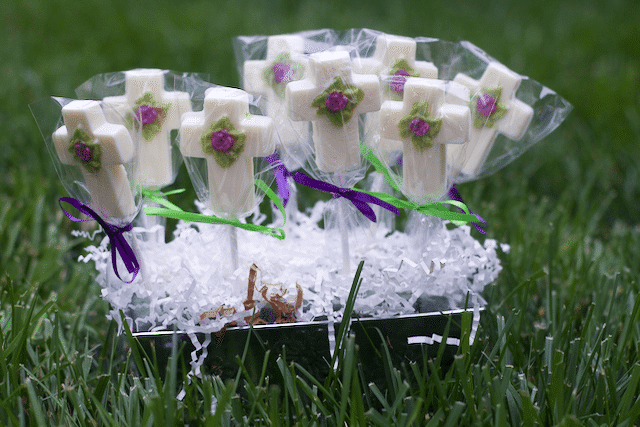 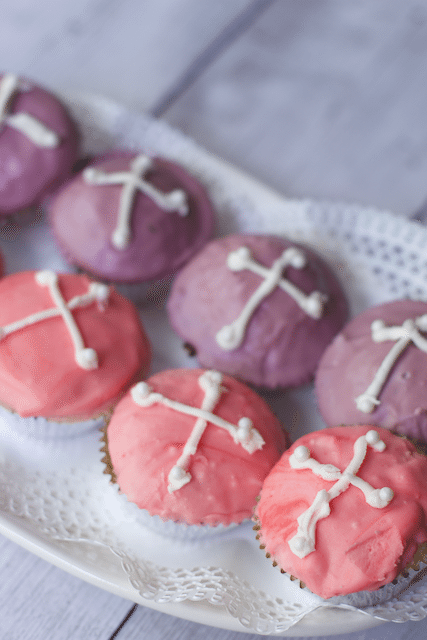 Melt store-bought frosting in the microwave for 15 to 30 seconds, add coloring and dip cupcake. 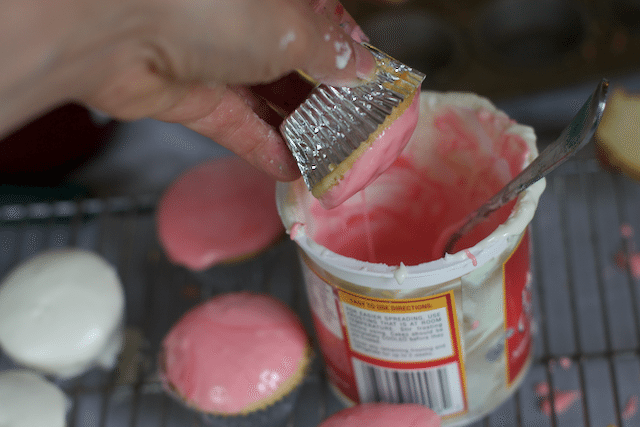 Allow the frosting to harden, it will still be a little soft but shiny and solid. 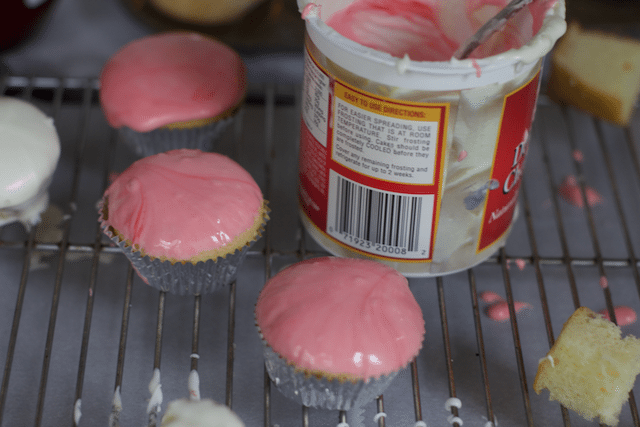 When dried add adornments with extra white frosting placed in a ziplock baggy. I decided to add little pearls too. 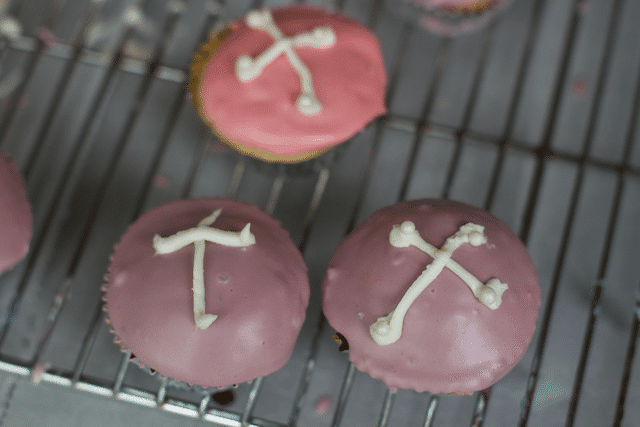 These easy cupcakes make an adorable addition to a First Communion Dessert Table. 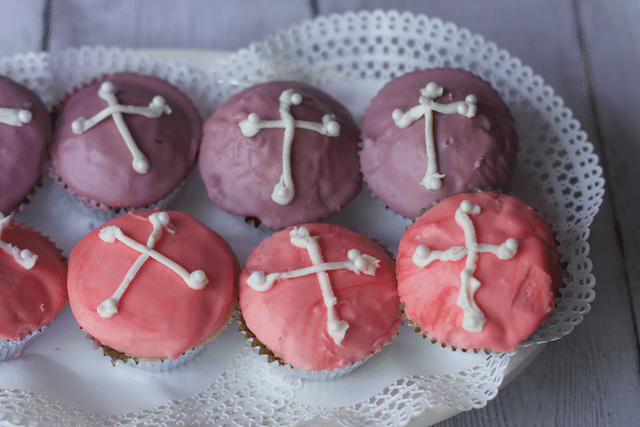 Do you have any First Communion Traditions?

You can use any of these Last Minute First Communion Party Ideas for any occasion.

Pin this for your next party! 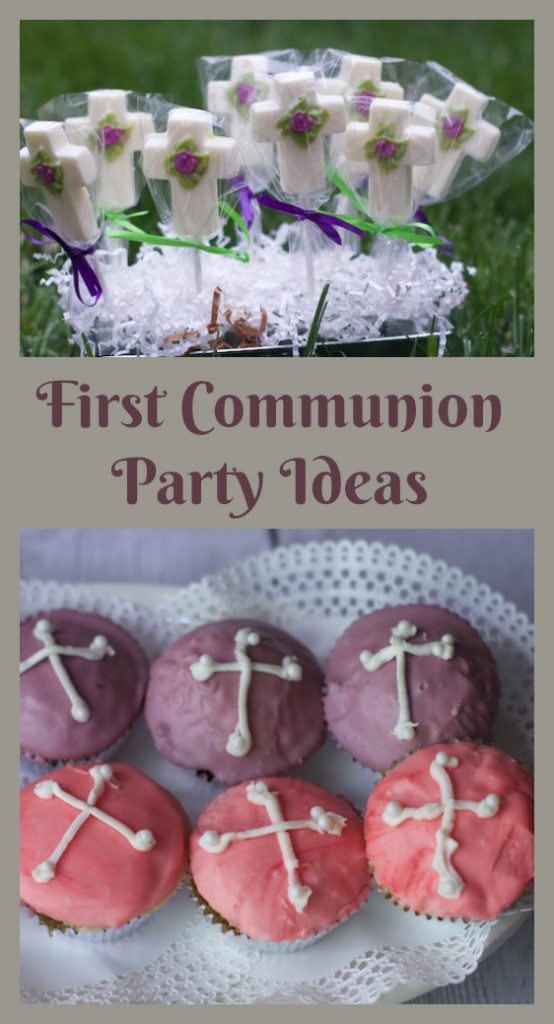 Here are some adorable Communion Dresses we found online.