How to Throw the Ultimate Skating Party

It is that time of year that getting outside for exercise in some areas in unheard of. How about throwing an ice skating party. Here in Virginia, no matter what time of year,  it usually involves an indoor rink. 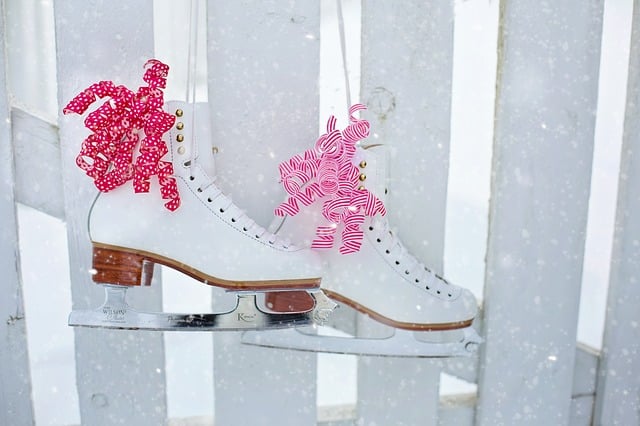 How to Throw the Ultimate Ice Skating Party

Now that the holidays are over and the kids might be cramped up in the snow how about a skating party. Many rinks offer packages or you may just want to see about a group price.
So even though I am giving up some of the creativity of party-throwing on this one I decided to make the invites. Many websites have a minimum and I did not need 25 invites!!

I found a clip art in the shape of an ice skate. Copied it onto a word document and made it comparable to a 5×8 card.  Find the Free Ice Skate Printable here: 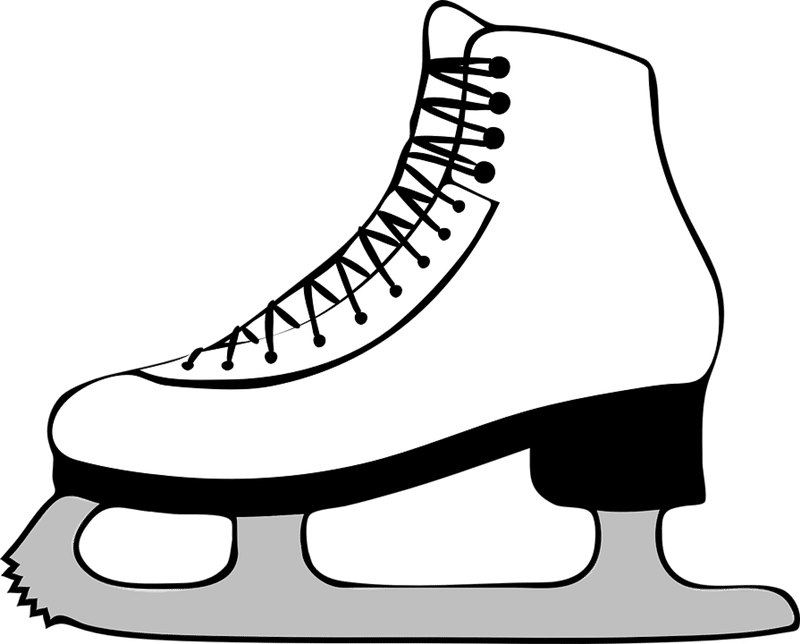 Could have stopped there but had to add some silver glitter for the blade. (this was the birthday girl’s job) 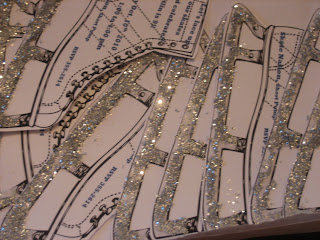 I thought these were pretty cute and for the price even cuter!! Now looking back at the invites, you could even use some ribbon and tie at the top through hole punches!

A great idea might be making matching fleece scarves for the kids-especially if it is all girls. For me, that was a party favor and a way to identify the girls on the rink!! 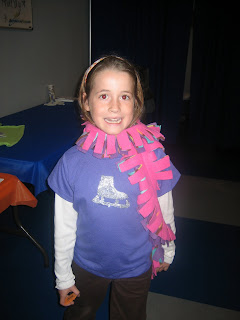 This is the guest of honor the other girls were straight cut, with tassles.
Here is the Link for this scarf from Makes and Takes 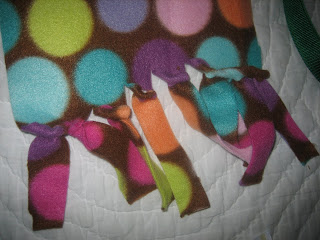 For the shirt directions read my post on Candy Corn Shirts:
Here is the stencil I used. 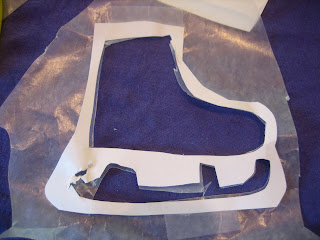 You know how much I like to makeCupcake Cakes.  This was the perfect party to create one.
Here is the cake, in cupcakes put together in shape of an ice skate. 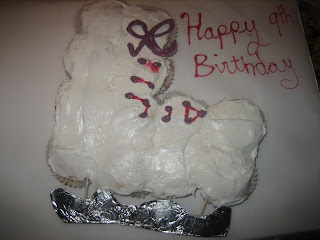 It is best to sketch out your designs for the best outcome.
Pretty much just sketched out an ice skate shape and frosted over them in white.
The blade was made out of cardboard I cut out and covered with tin foil.  Pretty creative I think. 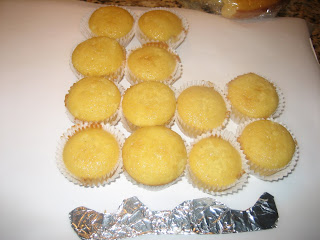 So whether you are celebrating a winter birthday or just want to get the kids outside, think about throwing a Skating Party.

Pin this for your next winter ice skate party ! 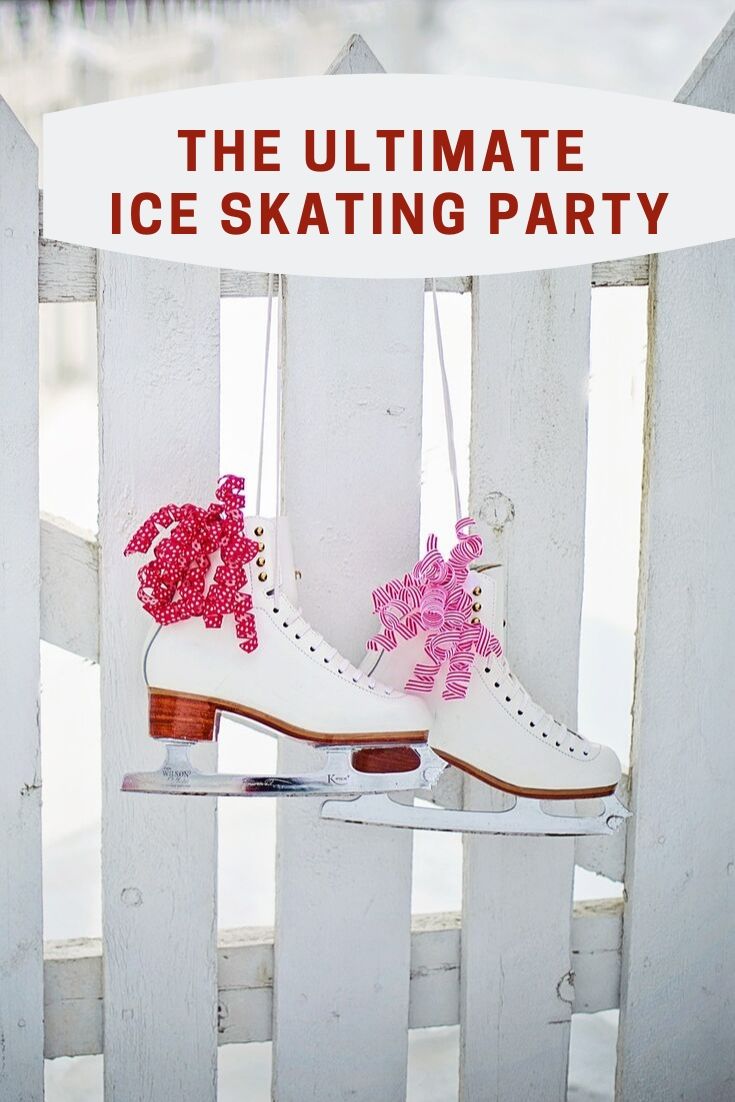